Battle Pop-ups v1.2a
Created by Neon Black​
What is it?
This is a script I developed to show a little more information during battle that may be useful to the player. In my opinion, when a player uses a skill, they want to keep their eyes on the flashy skill, not on the info box watching for how much damage they dealt, so I added fancy little pop ups that will pop out of an enemy and arc downward. I was also a little annoyed that Ace had no way to see what status effects an enemy was afflicted with, so I added something that shows those as well. And finally, just because it was only a few lines, I modified how skill boxes are displayed to make them shorter if you have less skills. The other additions I had in this script have been removed as of version 1.2. These changes are still present in CP's Battle Engine and Scan Enemy.

How can I use it?
Simply place this script anywhere above main and below the default scripts. This script has a few options that need to be set in order for it to work properly. There are also a few tags that may be placed in a state's notebox to change what the pop-up will look like.

What does it work with?
This should work with most battle systems and most other scripts. It is worth noting however that this script overwrites display_added_states, display_removed_states, display_changed_buffs, and display_buffs from the Window_BattleLog class, so this may prevent it from working with scripts that modify these. If you are using CP's Battle Engine and still want to have damage pop-ups, I will leave version 1.1 available for now until the engine is upgraded.

This work is licensed under a Creative Commons Attribution-NonCommercial 3.0 Unported License.
Permissions beyond the scope of this license may be available at http://cphouseset.wo...d-terms-of-use/.

Author's Disclaimer:
Day 5 of my week of scripts more or less. Pretty much the entire disclaimer I had here when it was originally posted no longer matters. It was talking about something that is no longer present in this script. Anyway, I always did like having pop-ups. I almost got pretty excessive with the pop-ups I had and I DO plan to add more, but the four I have for now are pretty nice. As always, enjoy!
Last edited by a moderator: Feb 8, 2013

You are just grinding these out, aren't you? Wow though, you are doing one hell of a job this week. And this script is probably one of the best (my favorite, however, being Scale Encounters).

Well, I was kinda backlogged on scripts, so some of them are nearing a month old, though about half of them are from just earlier this week. After this I'd like to release one new script a week, but we'll see if that really happens. Anyway, the next two are two of my favorite scripts I've made and I practically can't go without the last one now that I'm actually starting to make it useful. Anyway, glad you like this and hope you can use it!

Reading Console Ace both scares and excites me. I want to know what it is so bad, but I dont want to ruin the surprise, lol.

Just a little sugestion,it will great if those scripts were separate,in case someone wants to use it with another systems.

This is a nice script Neon Black,thanks you very much.

Excuse me for my bad English...

Megablackdragon31 said:
Just a little sugestion,it will great if those scripts were separate,in case someone wants to use it with another systems.

This is a nice script Neon Black,thanks you very much.

Excuse me for my bad English...
Click to expand...

I am actually considering doing this in the near future when I update my battle engine. I'll probably make it possible to turn either of them off. And thanks! I don't consider this one of my better scripts, but at this point I'm so used to seeing it even I started to like it.

This script has been updated to 1.2. Changes include the following:

The default "bounce" style of pop-up has been modified. It now follows a more rounded arc as well as bouncing not just once, but twice.

A zoom in style of slow raise, and quick raise styles of pop-up have been added. A hash was added to the config allowing you to change which of the pop-ups use these styles.

Pop-ups for states and buffs have been added as well as pop-ups for regen and slip damage.

Modifications to the skill and item windows are no longer made by this script.

Enemy info is no longer displayed by this script, but don't remove your "hide hp" and other tags because those will be used by another script coming out soon!

Currently, this script may have some unforseen issues with version 1.0a or earlier of CP's Battle Engine. These will be fixed in version 1.1 of the battle engine which will be released in the next few days.

To get the new script, check the main post! 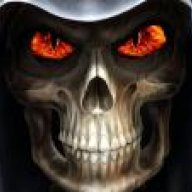 Admin of Chronalis and Creator of it's RPG

Question seeing the looks of it.. and getting the idea for the bounce of the numbered damage... is there a way to put a sort of emphasis on let's say a critical hit? So normal damage non crit would bounce but maybe a crit would show the damage larger and more in your face when you do it to a foe... and using the same with your mode 2 faces on your battle system, place the numbers of the damage dealt above thier head... dunno if you ever played some of the final fantasy games or I think it was called Arcana for SNES but when you took damage it put the numbers above that character hit so you know the damage your taking... just an idea to integrate it with your awesome battle system.
You must log in or register to reply here.
Share:
Facebook Twitter Reddit Pinterest Tumblr WhatsApp Email Share Link