Hi there. I know there are about a billion threads out there inquiring about this, but I still need some help. Mostly since I have very little experience when it comes to the RPG Maker Combat mechanics.

I am looking to make a summon based combat system, aka Pokemonesque where the player lets creatures fight.
As I mentioned I found a billion threads about this, but I am still lost as to where to even start. This is what I want to do:

-Have the player select a "Party" of monsters to send in to battle, without the player entering the battle.
-Use the static enemy pictures as battlers for both sides.
-A way to capture monsters from random encounters.
-Apply varying rules to different battles, like party size or environmental effects.
-A way for captured monsters to "evolve" in to different versions of themselves.
-Make Items that only work on specific actors.

I know some of this can be evented, some of this needs to be done in the database and some of this requires plugins.
If some one could give me some pointers towards said plugins and some hints on how to do implement this in game i would much appreciate it. Also If you know any good tutorials dealing with Battles/Actors/Skills/States and all that stuff it would help a lot.

Thanks in advance for any reply. ^ 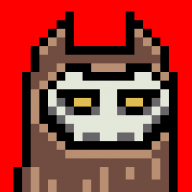 I was literally in the same place around this time last month. I spend all of November learning to use RPG Maker and frankenstein a system together(check demo in signature). The short of it is that a pokemonesque system doesn't exist and no matter how you choose to implement it, you will be met with some limitations along the way unless you can make your own plugins.

The set up here comes close to the catching/party mechanics but it also has some limitations like not being able to name them. Which is huge since you want players to feel attached to their creatures.
Someone in the video comments mentions a way to do it but it seems overly complex since poke like games have a large cast.
https://forums.rpgmakerweb.com/index.php?threads/catch-monster.86863/

Hime in the comments of her instance plugins does mention a way to name them directly after you catch them but you won't be able to do so later since you won't be able to call the created ID for them later on. Which you will need to do if you want to make Items that only work on specific actors.

For my game I am implementing the method in this video.
Mainly cause I need the monsters to be unique actors as part of my lore requires attaching an item to every monster which will allow the player to sell the actors/monsters in shops.

And all of this JUST to capture them. Don't try to do it all of it at once and take it step by step, pick one mechanic and just google how to implement said mechanic as there are different ways to arrive to it and some will work better with what ever your system is trying to do.

You are welcome to download my entire project if you want to use it as a reference. https://drive.google.com/open?id=1xwJEhFZGpG7wyCczc_xGDwGF7N6IfJZO
Last edited: Dec 5, 2018

I've moved this thread to Plug-in Requests. Thank you.

With nintendo shutting down things to make Pokeman type games, the odds you will find anyone interested enough to make the plug-ins is slim to none right now, as no one wants to risk the lawsuit. There was an attempt at a generic monster catching engine being made, but it was dropped for lack of interest. So based on that you will probably need to learn to code it yourself if you really want to make such a game.