RMMV Battle system that im not sure how to get 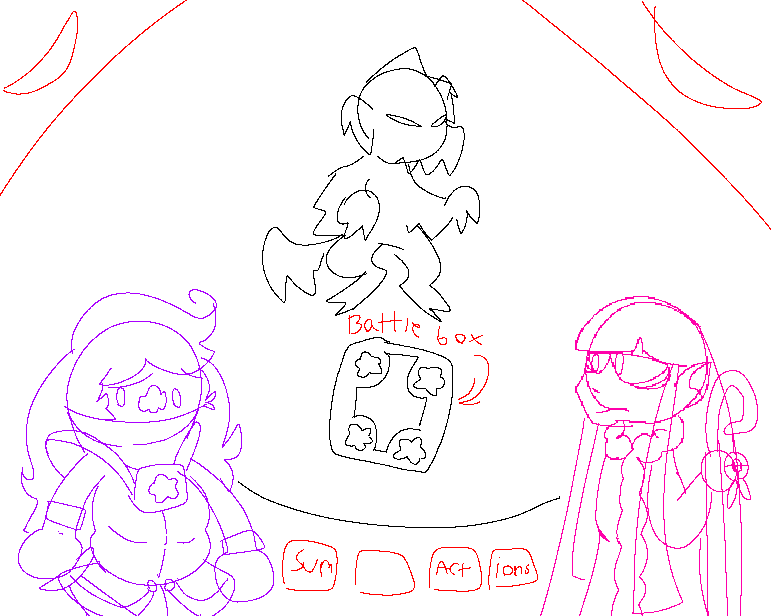 I want to at least make an undertale inspired battle system but only with the bullet hell section because with most RPGs I find myself bored with battles.
I'm hoping to have at least 4 basic commands in the middle that shift between the actors and 2 buttons on top that only work in boss battles.
I have no clue if there's a way I could try to make this because I'm hoping if I can find a way to put an overworld map onto the battle I can just make the bullet hell that way and use a battle hud editor to make this but I don't know if that's even possible. So does anyone on here have any clue on how to even attempt this?

Tanarex
My brother keeps saying," Women in his story act crazy because women are crazy." That's one way to make sure that the only woman in his life will be the retirement caregiver nurse that has to change his bedpan.
34 minutes ago •••

JohnDoeNews
I have uploaded my Pastel Life tileset to MV resources on the forum.
The set is made to be Easy to Edit and absolutely Child Friendly.

MarxMayhem
Should've seen this coming, but if I wanted players crafting equipment, I should also have a bestiary ready.