Before buying RMMV, I have a question regarding some in-game content. 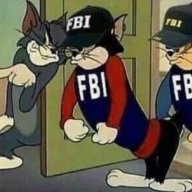 Hello, there. This is my first time posting here. I've been following RPG Maker MV for a while and I plan on buying it later this year. Before going further, I have to tell my backstory, as it relates to the question I have.

Around the ending of 2014 to beginning of 2015, just a few months before MV release, I downloaded a cracked version of VX Ace and started working on my first game, to test the waters and see how hard it was. After MV released, I'd downloaded that and realized that it was easier and better than VX Ace. Circa July 2017, after I graduated from high school, I decided to take a year long break before heading to university.

After graduating, around the beginning of 2018, I decided to work on the artwork, sprites, icons, terrain, etc. for my game and buy MV after I've done all the artwork that my game needs. Which is a lot, considering I've only completed weapons and some characters, with items, armors, sprites, etc. still in development, due to the fact that my game is a realization of an idea I had during the time I downloaded VX Ace and it's long. The game is split into 10 long acts, with 6 extra unlockable ones. All 16 acts include ideas from the previous iterations of my original idea, essentially, they're all set in the same multiverse and were supposed to be multiple games, but I'd realized that putting them in a single, long game was a better idea as it would be less tedious.

So, now that I'm just about done with my exams and about to start working, I figured I'll purchase RMMV in advance. But, there's one thing I wanna know. Some characters in early parts of the main game utilize a (literally)bare-chested approach to combat. Rather than being fully armored soldiers, some of them instead wear as little clothing as possible, only covering up parts like the waist and the face. These include some Orcs(warchief and berserkers) and desert warriors from Act 1, Succubi/Incubi and Zu'Vak(fish people) from Act 2 and most demon tribes from Act 3, as well as the main character of this act. If the in-game sprites have exposed chests(male or female), but there's no actual sexual content in the game, like clear depiction of genitalia or sex scenes, would I be able to release the game on conventional platforms like Steam and GameJolt? If yes, am I required to censor them or can I just put an option in-game to either use the clothed sprites or original ones?

@AnorexicPowerRanger Please understand that pirating is not accepted around here, particularly of RM products, as this is the official business website of Degica, the western distributor of these products. Normally, someone using pirated software would be instantly banned from these forums. However, we do make exception when members can prove they've recently bought it, so I'm allowing this under the assumption that you are indeed going to purchase it. If you are unable to provide proof of purchase soon we will have to ban you.

mlogan said:
@AnorexicPowerRanger Please understand that pirating is not accepted around here, particularly of RM products, as this is the official business website of Degica, the western distributor of these products. Normally, someone using pirated software would be instantly banned from these forums. However, we do make exception when members can prove they've recently bought it, so I'm allowing this under the assumption that you are indeed going to purchase it. If you are unable to provide proof of purchase soon we will have to ban you.

Yeah, as I grew up after those times, I realized that pirating is not the best way to go about acquiring things. I'll figure out how to prove ownership when I acquire the product. That aside, I kinda got the idea that, with the recent changes to Steam's approval of certain types of games, I would be able to publish my game on there without any problems. However, I am not aware if it would be allowed on here or on a website like GameJolt. Anyway, thanks for this comment. I will be checking the guidelines for websites to see if they do allow bare chested graphics.

As said above, there is nothing stopping you from using any form of graphics in the engines as long as they're not pirated or ripped - in fact there are already several hentai games done with the RMs (usually rather primitive ones that have no story or ideas other than showing nudity).
However, it depends on the site where you want to advertise it or publish it to see what is allowed.
For example this is a PG-13 site, so you'll have to censor the images if you ever want to present it here or are looking for help with development problems here.
Steam and Gamejolt have their own limits and you'll have to ask them.
And if you decide to sell it through your own website, you'll only have to obey the laws of your own country.

Whatever those platforms allow or not is not in the scope of the game engine anymore. They also have different rules so its better to actually go to each site that you plan to release the game on and read their rules (or ask there if you cant find it).