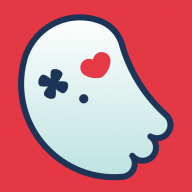 So for context! My game has a few raunchy scenes and my friend suggested making a option for the player to toggle off "nsfw" scenes for streaming purposes. I was considering using DreamX's plugin since I'm using switches for the events but there was compatibility issues with my other plugins.

I believe Yanfly's Options Core can also add more options (?) but I'm not a fan of how the ui looks.

From what I can tell, it seems like you can only add more options through plugins. I'm no expert on java so...should I just have a character in-game be all meta and ask the player if they want to turn off/on nsfw?

If you have any suggestions, let me know! I think having a character ask the player that would be goofy but it might ruin the immersion a bit.

Fourth wall breaking can be funny and work if it fits in the tone in your game. The simplest way to achieve something like this within the menu, though is to simply have an item that, when used, either calls a common event or just uses the formula field to change a switch to true or false. Or you could have it be a save-point accessible option! Or have an intro that asks the amount of [whichever you want to give the player control to] in the game (and either let or not let that be changeable in-game)

YF Options Core is pretty bread and butter, it's as simple as UI gets. I think it's effective in most games and it doesn't get in the way. Depending on the rest of your menus, you could always alter the size and coordinates so it's a small window in the middle of the screen, this way it looks really non-intrusive and harmless! Very simple to achieve.

Thanks for the suggestions! I didn't even consider having it in the intro, that's so simple!

And that's true too! Just remembered that SRD Super Tools is perfect for that. Thanks again!

I'm glad, atcha service!
I love intros that ask player questions and give them a taste of the game, lol. Think tactics ogre. But... well its a nsfw game LOL
Yet another option is the common event picture plugin that lets you associate pictures with common events as you would expect by its name lol.
So you can have a persistent (or summonable via pressing a certain key) options menu where the option to censor certain scenes would be easily achievable. The downside is that if the player does that in the middle of one such scenes you'd need to code it a certain way so it can immediately react. Woop! ^.^
You must log in or register to reply here.
Share:
Facebook Twitter Reddit Pinterest Tumblr WhatsApp Email Link