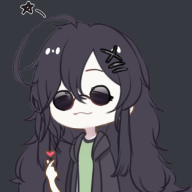 I am trying to create a skill resembling the pokemon Bide skill, in which the user takes damage for 3 turns before doing the damage they took times three to their target.
The skill applies a special state to the user in which they cannot move/attack/do anything. After three turns they´re supposed to automatically activate the second hidden "bide 2" skill that then causes the damage to the enemies. This is the code I have in the states notetag


The state is supposed to last for 3 turns in which the user cannot act, which works fine for the first 2 turns, however in the third one the user will for some reason use "Bide 2" despite still having the state applied to them, so they should be incapable of actually doing anything. In addition the animation for "Bide 2" does not play properly.

This is the "Bide 2" notetag
<setup action>

It should be noted that the "Bide 2" skill stil activates as intended once the state runs out. Is there any way to stop it from weirdly activating a turn early?

If this is the wrong subforum I apologize and will move it to the right subforum if you tell me which one that is.

Edit: If you have an impared movment option on the state, that could be what's causing impaired movment. I don't know how to fix that

Pretty sure force action bypasses the Cannot Move restriction, no problem there. Your state notetags look OK and seem to work correctly for me. I wonder if you have your state set to remove on Action End rather than Turn End (though in that case it should still only play once). Some ideas:

Going through this one by one,

Unfortunately that did not cause it to work correctly. This simply caused the actor to simply do the standart skill use motion (the motion where they have both hands stretched out), followed by the enemy taking damage.

See attachment. "Patience" was "Bide 1" before being renamed, which is ment to simply activate the state while Revenge is "Bide 2". The not fully visible notetag for Revenge is noted in the OP as Bide 2s notetag.
Having kept this in mind, I chose to rename both skills earlier to something that I´ve named no other skill. Unfortunately it does not seem to be the case of me simply mistaking them.

Please tell me if there is any other information you require.

Yea, I didn't expect the action sequence to affect things...

Strange! I'm guessing it's a plugin issue, since your screenshots all look OK.

I did as you recommended, turning of all plugins except for the noted ones.


While the result...looked a little awkward, it did in fact fix my issue with the skill. The actor waited for 3 turns as intended and then used the move.
I then proceeded to turn all plugins back on except for one: Olivia_BattlesysOTB. It still proceeded to work. However with the battle system on the game proceeded to do the exact same "actor does nothing as intended for 1 turn and then uses the skill twice while the state is still active despite them not being able to move before using the skill the right way once the state runs out".

How do I go about the skilla ctually doing what it´s supposed to without having to completly redo the battle system?

Oh so it's Olivia's Order Turn Battle plugin that's responsible? Sorry, I don't have that plugin so I don't know precisely what might be going on there (safe to assume it's related to turn counts, though). Not sure whether Olivia offers support for this kind of stuff, but I guess it could be worth asking? Otherwise I think you'll have to wait for someone who's familiar with that plugin to respond.

That is most inconvenient...do you happen to know how I could contact olivia about this matter? I was thinking about using her email that is given on her plugin itch.io page, however that link seems to be broken. Alternatively, since I have run into trouble a few times already with this system... is there an alternative system that is somewhat similar to it I could switch to without having to re-do a ton of work? the yanfly Charge Turn battle system seems somewhat similar.

Edit: I have in fact tried the CTB yanfly system to see if it goes similarly. The user still uses the Bide 1 skill, then proceeds to charge up with the state displaying 3 turns. Then they use the skill at the end of the first turn (?) for absolutely no reason, even despite them being at the very end of the action order, they just suddenly decide it´s their turn to use the skill they aren´t ment to use yet.
Last edited: Oct 16, 2019

The email link seems OK to me, though I haven't attempted to send an email. I'll message you the plaintext email address to avoid spambots.

That said, I think I may have found the problem! Yanfly's Battle Engine Core has a set of parameters under "Tick-Settings". Here you can set "Timed States" and "Timed Buffs" to true (required for a tick-based system). There's also a "Turn Time" parameter, which should probably be set equal to that of your battle system: Yanfly's CTB has a "Full Turn" parameter, I assume Olivia's OTB has something similar~

Thank you for the email adress, however your fix unfortunately does not seem to apply here. After checking the plugin (see attachment) it seems that there is no "tick" anything in the olivia plugin.

After doing what you recommended with the ticks (turning on the tick things in the battle engine core plugin and setting them to 200) I was able to have the bide skill not activate 2 turns in for some reason and then get repeated like 3 times. It simply activated after it actually ran out. However there were 2 rather odd things

1. It takes about a good 3~5 seconds for the CTB plugin to choose the next actor. Is this normal for the plugin or is something messed up? This happens no matter if I activate the bide skill or not
2. The user is stuck at the very back for all 3 turns, which is much, much more thanks to the CTB plugin. Every other actor (and enemy) seems to get 2+ turns per turn compared to the bide actor, making the 3 turns they are supposed to wait feel more like 6+. Is there some way to avoid this /is there a guide on how to properly balance the CTB system?