If you know more sources or scripts, tell me please

Icons are pretty awesome, but having the same 24*24 Icons for everything is sometimes not the best solution. If you game just has few items your menus will look pretty empty, but there are a lot more options where you can use Big Icons.

The Makerweb Restaff collabed in Febuary 2015 for the first time in that topic and made a huge bunch of 48*48 icons, but since there are also other matching icons around the web and the artists are still expanding the set it was time to make a masterpost for this topic.

Normally the Big Icons are RTP-styled, some of the older ones (by EvilEagles) don't share the excactly same rules, but still match (maybe have to be recolored).

Avy's Icon Workshop containing all her Restaff Icons and more and the option to request needed Big Icons (Read the rules!)

Thanks for putting all this in one place.  Very helpful. 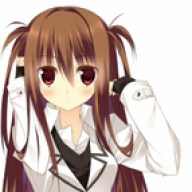 Candacis
I made some sideview closets for MV!
You can find them in my MV resource thread.
Today at 9:22 PM •••