So... this is an odd one. Odd enough that I swore I was seeing things until it happened a second time.

I am currently using The Yanfly Engine's Icon Balloon Plugin, which works just fine most of the time. A couple of times, however, when my computer was chugging, the balloon icon failed to capture the icon... which instead went flying across the screen (charging to the left for a few tiles before vanishing). Both times that this happened, the icon balloon worked normally when I repeated the dialog.

I have no earthly clue what on earth this could mean (especially as the plugisn normally works) and wanted to see if anyone has any guesses as to how this behavior would occur. If anyone else has seen this behavior, it would similarly be nice to know that I haven't lost my mind. For the record, I did take the empty balloon image provided on the plugin description and placed it in the appropriate folder. 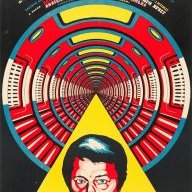 This happened to me before I realised that the balloon image file yanfly supplies is called 'iconballoons', where as the plugin points to 'iconballoon' by default. So it couldn't load the ballon, and the icon would fly across the screen every time.

Cythera
I got tired of not having an avatar image. Couldn't think of anything cool. So I'm just using my game's antagonist instead... How original. At least both of our names start with C?
55 minutes ago •••