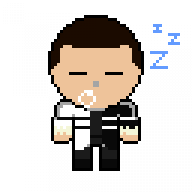 So I'm in need of help finding ideas for skills for the blacksmith class. The best I can come with is "Blue Slash" an attack that does 1.5 times the damage of a conventional attack. Any ideas?

Note 1: The Blacksmith is a class that pretty much functions similarly to the Warrior class from an older post I made here (i.e a class that uses different skills depending on what weapon they have equipped, though in this case, it depends on the form of the Tri-Arm)
Note 2: I am coming up with a total of twenty skills for each class. In this case, 5 for each Tri-Arm form and five miscellaneous skills.

I feel like chains could play a big part, if you need ideas for new skills or weapons. Some sort of flail, maybe? Or just using a heavy chain as a whip?

Into shape : hit an enemy. Every additional hit deals 20% more then the last.

I'd probably give a blacksmith character stuff like this:
Basically, stuff that's about buffing/debuffing physical attacks/defense, fire-heavy (you could probably squeeze in earth and/or metal depending on your game's elements) with some other types of attacks you'd expect a blacksmith to have at his/her disposal.

You could also have him drop an anvil on an enemy's head for lulz. Okay maybe not.

This skill should also set the universe on fire

Aesica said:
This skill should also set the universe on fire
Click to expand...

Tis where I got the idea of the skill name from ^_^. Love Gloryhammer!

As far as theming traditional moves, I would probably deal with the themes of Forging (skills that increase an ally's stats, especially ATK and DEF) and Fire Element damage (fire is a key tool of Smiths).

But get even more creative and focus on what a Blacksmith's battle identity might be!

Since forging great weapons is the specialty of an RPG blacksmith, a good place to focus might be on Basic Attack ("autoattack") modifiers. RPGM gives you some nice tools to do this, such as Atk Times+ and Attack State. For example, you might have a skill like "Razor Edge" that gives an ally's autoattacks a 100% chance to inflict Bleed for several turns, or a skill like "Perfect Weapon" that allows that ally to autoattack twice instead of once when they choose the Attack command. Combine a few of these skills together on the same ally, and they become a basic-attack specialist, which gives the Blacksmith a special and cool role in battle.

You can go even further and crazier, based on the other systems in your game. For example, if you have a plugin that allows you to change weapons mid-battle, you could have the Blacksmith literally create super-weapons during battle (that only last for the duration of that battle)!

Raggon
making my first game is like trying to stuff all my experience with old games into one
so its slow and painful when i dont get it right... i bet the next game is gonna be finished earlier!
11 minutes ago •••