So as the title of the post implies, I'm trying to recreate a system akin to FF's Blue Magic. I know Yanfly made a Tips and Tricks for how to do so for MV, which I've referenced when making this, but I wanted to see if I could adjust it to use common events instead of having to write out the code in every skill, mainly so that I can have the learn message be displayed in a Gab window so the flow of battle doesn't get interrupted.

To explain, my plan uses three variables, one holds the skill id, another holds the id of the actor who will be learning the skill (the blue mage) and the third holds the id of a state the actor can toggle for learning the skill (if the skill is present, the actor can learn the skill. if not, the skill isn't learned). The first variable (skill id) gets set in an action sequence for the skill, then the first common event triggers to check the requirements (if the actor is affected by the learn state and if the actor has already learned the skill). if both conditions are met, another common event is triggered that teaches the actor the skill and displays the gab message. At least, that's how I have it planned and hope it should work.

In the checking common event, I have two common events with scripted conditional branches:


When I go into a test battle with an enemy that knows the skill that triggers the blue magic event chain, they use the skill, but nothing happens after and I get the following error in the console:

I also originally had the two conditional branch codes in one event instead of two separate, but I got a similar error with that configuration:

I feel like I'm on the right track, but I have an issue when it comes to coding where I miss some very obvious mistakes in my code. If anyone could look over my code and let me know what I might have done wrong, I'd really appreciate it.

This is syntax error, but typeError has priority because the engine doesn't know what type gameParty is resolving to without the "()". Change the first part of your code to this:

JavaScript:
That's how you access the element of an array by its index when an array is the return value of a method.
Last edited: Sep 15, 2021

Okay, so that fixed the errors popping up, but the system doesn't work as I hoped it would. I've taken screenshots of the common events that I've made. 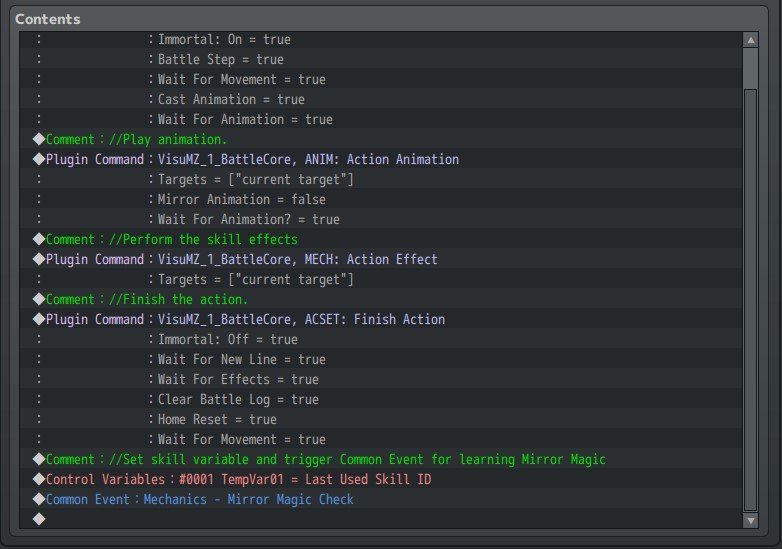 This first one is the action sequence for the skill to be learned. It's very basic: the main focus in the part at the bottom that adjust the variable and start the check common event 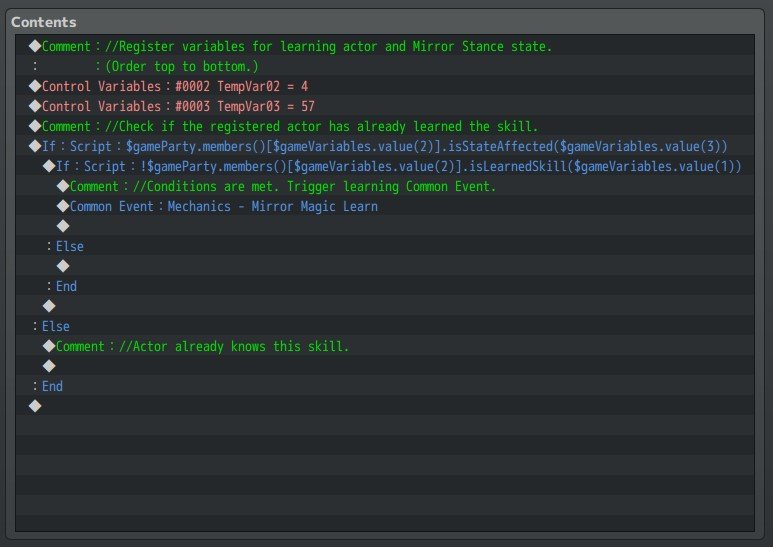 This is the check event, the one where the coding issue from the first post originated. This event checks the actor designated by the variable to see if they are affected by the learn state, then if they already know the skill. The learn state is essentially an empty state: It's mainly there just for script check. 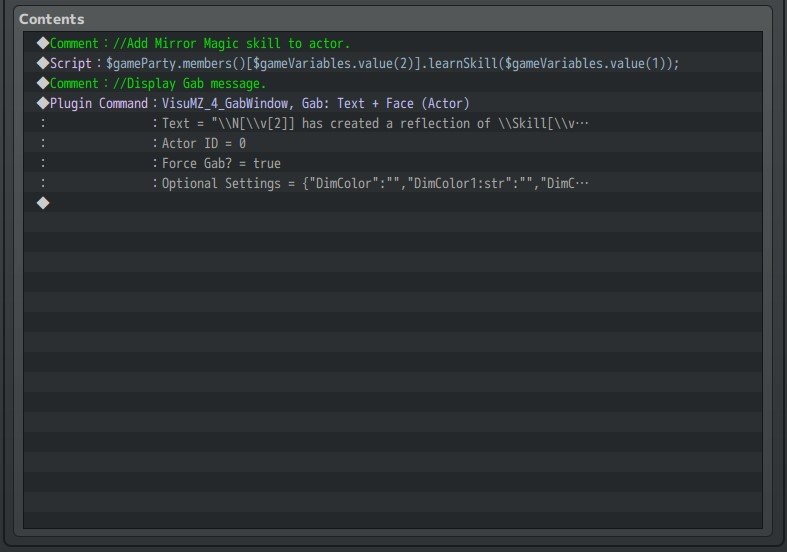 This is the event that should play to teach the skill to the actor and display a Gab message during battle to let the player know the skill has been learned.

If I'm reading that right, the index is out of range.

I tried setting up the checking common event to cycle through the array of all party members, checking each one for the learn state, and it works now! 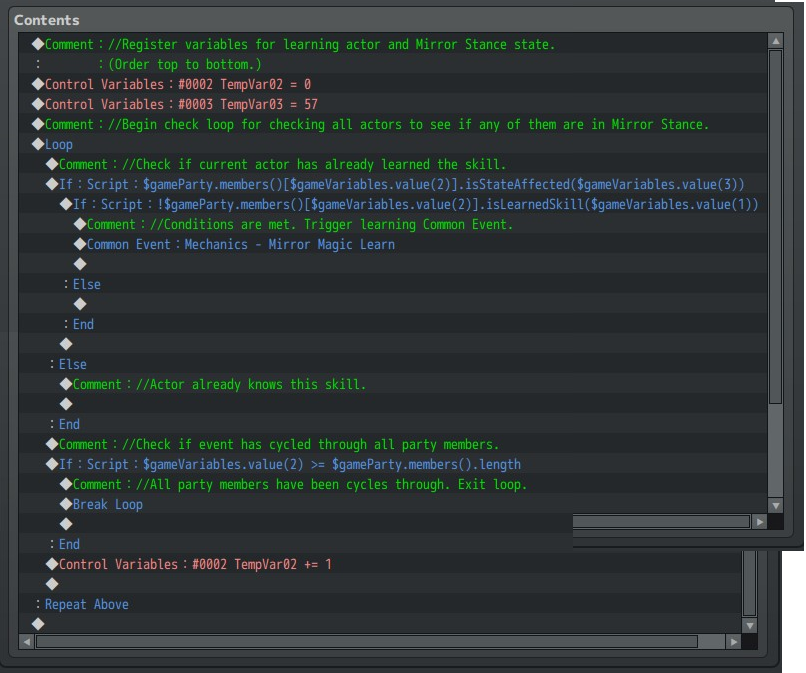 Granted, I do get a TypeError in the console when ever a blue magic skill is used:

but it works as intended: the actor affected with the learn state learns the skill, won't learn it when not affected by the state, and the gab message displays!

I'm happy to hear that it works as intended. As for the TypeError in the console, it means that this(assuming the line in the core script is this.isStateAffected(x)) no longer has the actor object or that it was never there to begin with. So a state is not being checked as it should. You can chose to leave it as is, if it does appear that it's not causing functionality issues(or any in the future), but it if does, we can look at out to solve that.

zerobeat032
finally drew 3 of the enemies that appear as students from the high school that's in my game.
Today at 12:05 PM •••