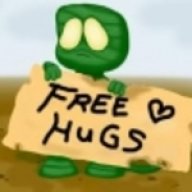 Hi guys, I wanted a boss to attack multiple times per turn because of reasons, so I thought to code some skills to it like this:

<After Eval>
var id = user._enemyId;
var skill = 108;
var target = -1;
BattleManager.queueForceAction(user, skill, target);
</After Eval>
My problem is, that if after the first skill the character dies, the skill is going to be used again in him, because my character doesn't collapses untill the 2nd skill is performed.

Some1 knows how to fix this?


Code:
Substitute in the correct code for the check, I doubt what I've used is correct.


Code:
Substitute in the correct code for the check, I doubt what I've used is correct.
Click to expand...

Yeah, I am using STB, ive been searching and ive found a little fix using ITB plugin, but I need a quick fix on it to do as I wish, I hope DreamX reads my post and wants to do it, I think wont be hard for him. If not, I am gonna try that, is not the best solution, but I think will work
You must log in or register to reply here.
Share:
Facebook Twitter Reddit Pinterest Tumblr WhatsApp Email Share Link