Most of my previous projects died out simply because I couldn't think of a compelling battle system beyond the basic choose between attack or magic system that's been used in countless RPGs since Dragon Warrior. So this time I thought I'd try something different; I'll discuss some design possibilities with others who probably have more experience with RPGs than me or could possibly add to my ideas.

There are two different battle systems off the top of my head to which I could take from, being Chrono Trigger and South Park, the Fractured but Whole. The first one, Chrono Trigger, should be easier to implement, even if the battle screen is still much like Earthbound or Dragon Warrior 3. It uses the Active Time Battle feature from Final Fantasy 4 but makes it so characters can combine their special moves or techs into dual techs and then triple techs. Every character can do a double tech with every other character. Now this is realistically possible with a smaller lineup of playable characters, so that will have to be kept in mind.

The other system, from South Park, is more in line with a strategy RPG, in that you have turn based combat, but the position of your character matters. Then your attacks can hit enemies right in front of you, or in a line, a V shape, etc. The thing holding this back is that RMMV might not be able to support this battle system, which there is SRPG Studio for an alternative. 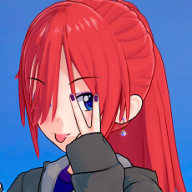 I remember a battle system like this being made for...VX, I think? So it's not out of the question, I would assume. I don't know if I've seen a system like that since, tho.
(Not that I've been looking for one, mind you.)

There was a grid-based battle system in development which might fit your second description.

Itch page: https://himeworks.itch.io/grid-battle-system If you want to follow the development. Public Testing #1 - https://itch.io/t/912596/public-testing-1 Very simple compatibility test to see if you can add it to your project. Feel free to try it out. Public Testing #2 -...

DankRat said:
The other system, from South Park, is more in line with a strategy RPG, in that you have turn based combat, but the position of your character matters. Then your attacks can hit enemies right in front of you, or in a line, a V shape, etc. The thing holding this back is that RMMV might not be able to support this battle system, which there is SRPG Studio for an alternative.
Click to expand...

If you're using MV, then you actually have 2 options for a Tactical Battle System: LeTBS & SRPG.

LeTBS (LeCode's Tactical Battle System) is what I personally use. However, it's no longer being developed since LeCode has moved onto other things. The main difference between LeTBS & SRPG is that the former features individual turn order (like FFT) while the latter uses player/enemy team phase turn order (like Fire Emblem). SRPG has a more active community atm, but I preferred the individual turn order provided by LeTBS, which is something SRPG will never be able to support from what I've been told. But if you're okay with turn order being "all player units" then "all enemy units", then go with SRPG, imo.
You must log in or register to reply here.
Share:
Facebook Twitter Reddit Pinterest Tumblr WhatsApp Email Share Link

Conflictx3
Kickstarter successful!! I'm gonna have a Hot GameDev Summer in the trenches!
Today at 8:42 AM •••