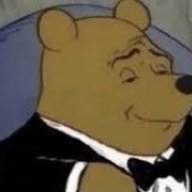 Update 1.1
​
BravelyTitleScreen is a plugin for the RPG Maker MV with the goal of mimicking the title screen from Bravely Second: End Layer in RPG Maker MV. Its fully compatible with RMMV 1.6.1 and also might work with 1.5.x but lower version are not supported because of missing ES6 compatibility.
*This version includes all planned features and therefore is complete. I will still fix bugs if found and maybe add new features if someone needs them.

Now you can tweak the settings within Plugin Manager and change the background color, scrolling background image, font sizes and more.


Possible Features:
Terms:
You are allowed to use this plugin in non-commercial and commercial plugins as long as you credit Critcap within your release. Furthermore you are also allowed to modify the plugin for private use and distribute it within your project.

You are not allowed to sell, re-upload or in any form redistribute the original plugin or personal modified versions outside of your projects. Its also not permitted to use any of the code within as base for new plugins
Last edited: Nov 18, 2019

Loved the idea.
I think this may help with your "use image as mask" planned feature: https://github.com/codepo8/canvas-masking

Waterguy said:
Loved the idea.
I think this may help with your "use image as mask" planned feature: https://github.com/codepo8/canvas-masking
Click to expand...

Thank you I will look into it. Actually I already finished the next update and added all planned features from the list. Just testing it now and will be released probably on monday, 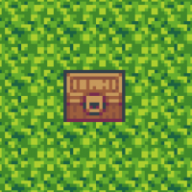 It seems that I can't get the background to change from the default settings.

Yougotsomechocolate said:
It seems that I can't get the background to change from the default settings.
Click to expand...

I fixed the issue in the newly released update. If you have any other problems let me know.

TWings
Soon back to "engine study" I guess. Depending on the future plugin need.
50 minutes ago •••

Bonkers
I'm happy to learn a new system. Even if it doesn't meet my needs, it's something to help support the developer and see more people enter into game making industry.
Yesterday at 10:54 PM •••

GoodSelf
I think I'll stick with MV for now - my next big entertainment purchase is already made: Rust on PS4 babbbyyyy!
Yesterday at 10:13 PM •••

ScorchedGround
Great, now that I am finally motivated again to work on my project, a new RPG Maker comes out. A part of me wants the new Maker to be really good, and the other part wants it to flop so I won't be enticed to abandon all of my work. The dream would be if you could convert your project somehow.
Yesterday at 9:45 PM •••