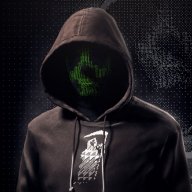 
Originally designed as a full game for the engine back in January. But after a couple of suggestions from forum members, I've decided to port it as a single script for everyone to create their own levels of enjoyment.


~1.0 - Released in January as the 'Block Breaker' game to the community


- Design you're own levels at anytime.


- Switch between custom graphics or the classic metro look of the original Breakout.


- Custom soundtracks for each level.


- Can be used as it's own game or added as an existing mini-game.


- Dedicated tutorial inside the script to help you get started.


Choose to use custom graphics or have the script auto generate the metro theme!


Feel free to leave a comment with extra suggestions you may like to see or if you have any questions regarding this script.


I'm also looking for a reliable, dedicated, and trustworthy single BETA Tester that understands how scripts work and is active on the community to provide bug reports via PM. You may leave a reason why you should be a beta tester if you're interested.
Last edited by a moderator: Sep 25, 2016

It's a shame this never ended up getting released, it was looking pretty nifty. Would fit right in at an arcade/casino.

Vis_Mage said:
It's a shame this never ended up getting released, it was looking pretty nifty. Would fit right in at an arcade/casino.
Click to expand...

Yeah, I know. I meant to release it back then but suffered from a total loss of my hard drive. I ended up losing everything because I never made backups. (which now I have 3 backup drives on hand lol) I'm shocked to see someone interested in it. I'll look into it again soon and possibly rebuild it once more.
Last edited: Jan 13, 2018

That is too bad. If you would ever consider working on this again I would definately use it!