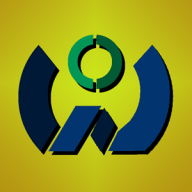 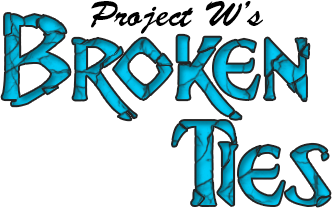 ​
Broken Ties is the first game me and my friend have attempted to make, based on an idea he has had for years. Currently it is just us two working on the project, however we lack some of the skills we need to make the game completely ourselves. We're looking for people who would like to help out or build their skills/portfolio as we are currently unable to pay at this time :/

Set in the fantasy country of Abreya, Xander, the Prince of the mighty kingdom of Escaria is conflicted. His Father, the King of Escaria has been making questionable choices, bringing Escaria closer to war. The “Lawless Lands,” secluded in the west have already been subjugated by Escaria. Now the King wants to target the peaceful neighboring kingdom of Dranthia. This action would violate the peace treaty between the two kingdoms. Plagued by this choice, Xander is sent to assassinate the current king of Dranthia. At the last second, Xander makes the choice to not follow through with his mission, causing his father to imprison him for treason.


After 5 years in prison, Xander is rescued by a resistance group, who show him the atrocities that Escaria has committed within the 5 years he has been gone. Appalled by this, Xander joins the resistance, made up of Errin, the Wolf-prince leader of the resistance, Orsen, a combat veteran who was Xander’s cellmate, Meena of the mysterious Treefolk, Kaia, Errin’s noble bodyguard, among other fighters. However, witnessing these atrocities still doesn’t convince Xander. He remains convinced that something is controlling his father. During the a confrontation with his father however, Xander uncovers a life shattering secret. Followed during his adventure, Liam, the black Dragon Knight assists Xander where he can in finding out the truth behind the King of Escaria.


Broken Ties features the concept of Currency exchange, meaning there is different currency for different kingdoms. Also, Every character has multiple class paths they could take as they level up, each class having different benefits and features.
Characters:

Positions/Roles Needed:
(You will be required to work as a team)
General Artists- We currently need someone to do the ingame/out of game artwork. This may include character portraits, poster designs, Item designs.
Sprite sheet Artists- We need someone who can create original sprite sheets for the characters, doing several actions such as walking, fighting and other actions.
Composer (Potential)- We could also use someone to potentially compose music for Broken Ties, however at this time it isn't vastly important that we get this position filled. Currently we could use event sounds, however eventually we would need a full soundtrack.

My Role(s)/Position(s): I am currently the one in charge of Mapping and Eventing for the game. I am also one of the writers for the game, my friend being the head writer on the project.

If you need clarification on something or have any questions please ask them. I can try to clarify as best as I can.
Last edited: Feb 23, 2018 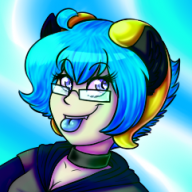 I could give it a go on both spriting and general art fronts. You can see my work on my Deviantart (Same username that I used here) and would prefer to be contacted on there if possible. Or through email. 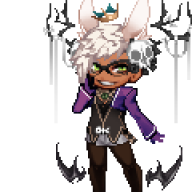 Hello there! im interested in the general art position! are you still looking? and also what type of art style are you looking for?

INFINILoki said:
Hello there! im interested in the general art position! are you still looking? and also what type of art style are you looking for?
Click to expand...

We're looking for an anime/fire emblem/final fantasy art style. Not necessarily the same, but similar

Im pretty sure that's within my ability...I don't have much of a portfolio since most of my art is on my currently missing hard-drive.. but i threw what i had together! so hopefully this shows a bit what i can do... Its a mix of old and newer so just a warning.

INFINILoki said:
Im pretty sure that's within my ability...I don't have much of a portfolio since most of my art is on my currently missing hard-drive.. but i threw what i had together! so hopefully this shows a bit what i can do... Its a mix of old and newer so just a warning.

So sorry for the very late response. We've been very busy. Are you still willing?

We could still use artists and spriters

My works are here: 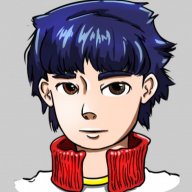 NinjaKittyProductions
Our program, who art in memory,
Called by thy name;
Thy operating system run;
Thy function be done at runtime as it was on development.
Give us this day our daily output.
And forgive us our code duplication,
as we forgive those who
duplicate code against us.
And lead us not into frustration;
But deliver us from GOTOs.
For thine is algorithm,
The computation, and the solution,
Looping forever and ever.
Return;
58 minutes ago •••

Soulrender
I'm the fly in your soup
I'm the pebble in your shoe
I'm the pea beneath your bed
I'm the bump on every head
I'm the peel on which you slip
I'm the pin in every hip
I'm the thorn in your side
Makes you wriggle and writhe
And it's so easy when you're evil
Today at 1:22 AM •••

Sigony
A good way to mix your own music? What's the learning curve on that?
Would it be better to pay a composer?
Yesterday at 7:22 PM •••