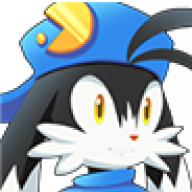 and before any of you go and post this no i don't want yanfly's limit gauge. that's not what i'm looking for.

i'v been told that the link i provided only has a image. witch i thought was a video. so i'll explain this as best as i can.

so how this mode works is that in battle when your actors take damage or do damage or both. a meter will fill up at a set rate ( the creator can change this rate to suit they're liking for the game ) when the meter is full burst mode will start. in the picture in the link it shows the background image changing to inverted colors. this can be turned on and off because most people have sensitive eyes but other than that there's no sound for it ti let you know so players would have to keep an eye on the meter in order to know.

when in burst mode the party will gain stat buffs. like 50% atk and def (this can also be changed to higher or lower numbers. i don't know if other stats can be change as a well )

when fighting the burst meter will slowly drain out as you fight, you will also fill a second meter. this is the EX or Super meter. when this is full a new command will appear on the battle menu named Overdrive. as it sounds its a super attack. allowing an actor to use a signature move (in the script its only one per-selected move so that's kind of sucks but i guess there's reasons for that)

when used the move will drain the not only the the EX meter it will end Burst mode. so you have to use it when burst mode is about to run out or save it for next time. another thing that can be add in this is a skill cut in. when the super skills is used an image will apper before the attack starts. like this


this is done with another script in ace.

there are 2 meters in this video a small inner bar and a large outer one. the outer one is the super meter. the video above shows how this mode works the next one shows the supers

this one kind one also helps the most


hope these helps. thought i would understand that they may be confusing
Last edited: Mar 18, 2018

I made a plugin that might work for you. It might not. Worth a look at least.

Frogboy said:
I made a plugin that might work for you. It might not. Worth a look at least.

no not really. thanks any way

No problem. You might want to describe in more detail what you're looking for. I can only guess what this does from the screenshot so others are likely in the same boat as me. It's also good to know what elements of the linked plugin are important to you and which ones aren't.

Frogboy said:
No problem. You might want to describe in more detail what you're looking for. I can only guess what this does from the screenshot so others are likely in the same boat as me. It's also good to know what elements of the linked plugin are important to you and which ones aren't.
Click to expand...

ah that was my bad i thought the link provided a video. i'll see if there is one thought i did remeber one

i'v updated my post. not sure if it helps or not but thats should show what i mean
Last edited: Mar 18, 2018

Maelstrome
Got the menu problem sorted out, now most of the systems are in place and I can focus on the plot and the maps!
19 minutes ago •••

Leokids
Im really Happy that the MZ Hero looks like a Boy than a Man.
Today at 1:27 AM •••