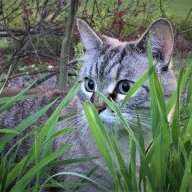 I'm creating a game that is mainly focused on dialogue, but I want to have combat that basically a cheap re-skin of battle as is.
I've renamed all the mechanics and attacks, but I want to display a sprite's associates bust instead of the sprite itself.

The plugin will need to:
I've re-skinned a quick mock battle in After Effects to demonstrate what I'm looking for:

FirestormNeos DarkPlasmaBall FirestormNeos wrote on DarkPlasmaBall's profile.
asking this here instead of the thread in question to avoid derailing it, but I'm curious; is there a particular reason you'd include a "Terms of Use" for an RPG Maker game? Like, are there multiplayer features for the game you're working on?
A moment ago •••

lianderson
The holidays are upon us! Everyone search for safety from the grocery store music!
12 minutes ago •••

Philosophus Vagus
I don't understand people sometime. Walking to work today came across someone walking the opposite way in a nice suit, I politely move to the side into the shrubbery so he doesn't have to get his suit dirty and say "good morning" as he passes me, he turns around glaring daggers and asks "why are you talking to me?" like he's bloody offended by me wishing him a good morning or something. Just, why?
18 minutes ago •••

EpicFILE
I dreamed about watching Gackt concert live.
He was riding some kind of crescent moon boat.
But his appearance resembled Andhika Kangen Band (Indonesian singer),
and the first song he sang was L'arc en Ciel's Hitomi no Jyuunin.
Weird, but still beautiful though.
Today at 6:01 AM •••

sleepy_sealion
I've been working on making a simple sprite frame system. And I'm really happy with the progress.