Bust Script 1.05a
Initially written by: Yami
Commissioned, owned and maintained by: Napoleon

Introduction
A bust script that uses face graphics for assigning your busts.

Features
- Use face graphics to set the busts.

- Has some methods to make your eventing faster and lighter. Like resetting the mirror-function automatically.

- As of v1.04 it now also comes with an addon script that finetunes your choice window positioning.

How to Use
See detailed instructions in the script and the demo.

Credit and Thanks
See script for license details.
Last edited by a moderator: Jan 4, 2014

this doesn't work, not even then demo works when I tried that

Ah sorry I forgot to update it. Try the new version now.

Its working now however when I enter a shop the bust graphic stays there while I the shopping menu. Its kinda in the way lol. Any way of fixing it because the script is spot on and can really hel, well if I can find all the busts for the rtp as I never got the bonus pack with them in Thankyou

Thanks for reporting the bug and thanks to Yami for the quick and proper fix. I uploaded v1.02 that fixes that bug.

# 1.03 (21 December 2013)# - Fixed a bug that would cause the bust to be visible during battle if it was# created directly before a "Battle Processing" command.# - Fixed a bug that caused the bust to 'un-mirror' when the text is so big# that the Window_Message has to call the new_page() method by a word-# wrapper script. It's been 3 months now and nobody noticed this bug earlier?# Note that v1.02 did not fix this bug.EDIT:

Now it should be the most stable free bust script available for Ace.
Last edited by a moderator: Dec 21, 2013

- Included an addon script that fixes the choice-window location when busts are displayed. 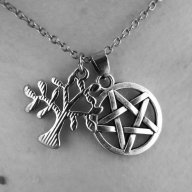 Your script works really fine, thank you very much for sharing it!

But, I must confess, I have a very little problem. When the text in the message box appears, it leaves some free space, where the face picture was supposed to be. The bust appears above the text frame, but the text looks, like there's an invisible face picture on the left.

I compared it with the messages of your demo's NPCs, and I can't find a difference, unless the face picture in my game isn't the same face, that the bust has, because I drew the busts by hand, and the face pictures were made with the character creator. My busts aren't a "bigger" version of the original faces. But that's the only difference I see.

Do you have any idea, what I can do?

So basically you have an invisible face-graphic in the text-window and a bust above it at the same time?

If you could either send me a demo or at least show me the filenames of a single problematic face+bust+"the bust configuration section of the script" then I could probably help.

I was just compressing the game data for a demo, wenn I had an idea. I found the problem. I was using Yanfly's Message Engine for names boxes. After deleting it, it worked.

Sorry for bothering you

Oh yes Yanfly's message system has it's own face-graphic offsets (out of my head). You probably have to adjust those. 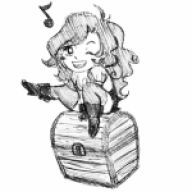 Maybe I'm just missing it, but is there a way to adjust the position of the bust?  What I'd like to do is have a full body shot, and have the lower half positioned below the window, so you can sort of see it through the text, with the top half being completely visible above the dialogue box.  Is that possible with this script?  Thanks in advance for your time.

The script supports adjusting the x and y locations of a bust for each window-type. It also has a z-index setting.

WINDOW_TYPE_OFFSET_X = [ # Bust x-offset depending on window type. 0, # normal 0, # dim 0 # transparent ] WINDOW_TYPE_OFFSET_Y = [ # Bust y-offset depending on window type. 0, # normal 10, # dim 0 # transparent ]But if you also change your window size with some other script so now and then, then you probably need a mini-addon for this bust script to relocate the busts to the bottom of the screen (probably a few lines of code).
Last edited by a moderator: Oct 4, 2014

Napoleon said:
The script supports adjusting the x and y locations of a bust for each window-type. It also has a z-index setting.

WINDOW_TYPE_OFFSET_X = [ # Bust x-offset depending on window type. 0, # normal 0, # dim 0 # transparent ] WINDOW_TYPE_OFFSET_Y = [ # Bust y-offset depending on window type. 0, # normal 10, # dim 0 # transparent ]But if you also change your window size with some other script so now and then, then you probably need a mini-addon for this bust script to relocate the busts to the bottom of the screen (probably a few lines of code).
Click to expand...

Ah!  Thank you!  I thought that might be it, but I wasn't 100%, and I didn't want to screw anything up.  Thank you so much for your assistence.  Sorry for asking about something that I should've been able to figure out on my own.

Are the demos not available anymore? 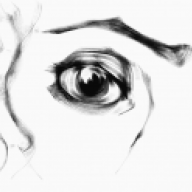 For anyone using this script and having an issue with it crashing when you try to use regular faces, Chungsie and Kaneshon made a script addon that you can replace lines 184-208 with.


It's on the script support forum here:


It's there near the very end of the posts. Just copy the code and replace lines 184-208 with it, then you will be able to display default faces that have no busts without game crashing.