Can items have dual purposes? 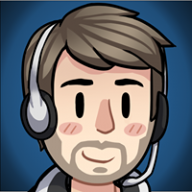 I've just started tinkering around with RPG Maker MV and have been coming up with a list of status effects and curative items. Two of the status effects i've created revolve around decreased/increased agility. I've created an item that will cure the negative state of decreased agility, but I was wondering is there was any way to have the same item cure and invoke effects based on the character's current status?

It was just an idea I had, and not sure if it can be done, but if anyone could help me out on this that would be great!

yes and no - you can have the item call a common event, and use conditional branches in the common event to decide what to do.
However, in battlescreen common events are executed at end of turn, so it would not work exactly like a normal item and it will require some tricks for targeting the effect.

That's a very interesting way around it, will definitely give it a go. Thanks!

If you use YEP_SkillCore, you can get what you ask easily.
Lets say state 28 is the negative state & state 29 is the positive state. Now place this in the item notetag.
<After Eval>
if (b.isStateAffected(28)){
b.removeState(28);
}
else{
b.addState(29);
}
</After Eval>
You must log in or register to reply here.
Share:
Facebook Twitter Reddit Pinterest Tumblr WhatsApp Email Link

Willibab
Imagine after all this time, its RPG Maker MV Ace? Even if it has huge improvements, that would just be disappointing somehow xD
10 minutes ago •••