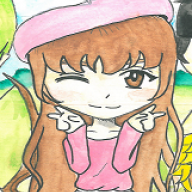 Pako said:
For the last boss, you have to hit it with its filter element, that means you can only hit it with fire property attacks when it's in Fire Filter Mode, for example.

This Boss is pretty difficult, but there are also many ways of dealing with it, here are some cards that might be useful:


SWORDMASTER - Can give massive damage with Demi Slash during Neutral Filter
MARKSMAN - Has access to fire and wind property attacks, so it has great elemental coverage
SNIPER - Gives great support with "Detect", "Target", and mainly because it can use Twilight Bow to double the damage given
BISHOP - Has great offensive and defensive skills, being able to protect your "Light of Hope" user when things start looking bad and "Twice" is useful when you need a certain character to do a lot of things at once.
SPELLBLADER - Gives great elemental coverage. One good idea is using Tez as a swordmaster with twin blades, and Lucius or Erika as a spellblader to change the element of Tez' attack before he attacks.
PSYCHIC - "Kinesis" is great to reduce the damage received by the Ciphers
ARCHMAGE - Great Elemental Coverage and capable of giving massive damage
DEFENDER - "Cover" can decrease the damage received by the party by a lot
RAINBOW - Greatly reduces the damage the party receives during Fire, Water, Earth and Wind Filter
DRAGON - "Outburst" is great to maintain the SP of the "Light of Hope" user full and "Salamander" increases your physical and magical damage by a lot.
OCEAN - Great to increase the party's defenses and also has access to "Cerulean" if you're not using a Snow Angel Monster Card
LIFE - "Miracle" is very handy as your party members will probably die a lot during the battle. "Lifeline" is useful to use on your "Light of Hope" user on the turn you want to summon it.
GHOST - Very handy when dealing with the Ciphers. One good idea is using it on a Defender with Sacrifice.
SUN - "Solaris" is way more useful than it seems, it will make Tez have 5000 of maximum HP, for example, so it is great to enhance your defenses, just make sure to keep the 2 buffs stacked.
SHARKGATOR - Great to charge SP and "Mist" is useful when you are using a Ghost Card on someone who's not a defender. You can use Mist on everyone except the Ghost Element Card User to make sure the Ciphers will attack the Ghost User.
SENTINEL - You will only be giving damage every 2 turns, so "Energize" becomes very useful for enhancing your offensive power.
SNOW ANGEL - It's a must-have if you are not using Ocean, because it can be a real pain when the boss hits you with "Electro" or "Bane"
SAHAGIN - "Warcry" is very handy to deal more damage, but not that necessary.
VIRUS - Great for your support characters to make sure they will move before everyone else (For example, if you want to use a Spellblader)
MYSTIC FAIRY - In my opinion, it's one of the best cards of the game, continuously using "Floppy" decreases the Boss' offensive power by A LOT.
LIGHT OF HOPE - A must-have in this battle, make sure to keep its user with full SP at all times so it can summon it when things get ugly.
SPIRIT OF GREENERY - Useful, but not that necessary. It lets you not worry when you are hit by "Mana Zero" and is an alternative if you are not using a Dragon Element Card
WAVE OF LEVIATHAN - VERY, VERY USEFUL during the Water Filter, as it causes a lot of damage.
DIMENSION OF DOOM - The strongest summon. Dawn can give up to 5000 of damage with it if she's buffed enough during Dark Filter.
There are a lot of suggestions haha, as I said, there are many ways of dealing with this Boss.
If you are still not able to beat it, I can give you some compositions.
Click to expand...

Congratz on making it to the last boss!!

As for your question, someone already asked that so i'm just quoting my previous answer.

And please, give me an overall opinion of the game when you finish it ^^

how do i get life,ghost,rainbow and dimension of doom

why is there a kitchen in the bitty dine any is there anything special and i cant find the card after psychic card in the card book
Last edited: Jun 14, 2020

LIFE = type ZEST on the tombstones in Mystia
GHOST = in the ghost ship, go to the left corridor and talk to the fallen book, then go back to the center and you will find a little girl, follow her to the first room and talk to the fire.
RAINBOW = in the temple of knowledge there are 2 bridges, in each bridge area, if you go to the grass you will eventually find GRAVITY in the left bridge and RAINBOW in the right bridge (gravity is also very useful against the last boss)
DIMENSION OF DOOM = after finding the 3 element cards (shadow, undead and ghost) in the ghost ship and defeating every monster there, get out of the ship and you will receive this card, it only works after you get Dawn back in Mystia

The card after Psychic I believe is Viking, a NPC in the pub tells you at some point that he bought a BLUE card in Port Rigvald (the wooden port in Green Island), go there and buy cards, the pirate and the viking card should be on sale

there are 2 NPCs that tell you that, but its not as direct.

Just go back and forth from Bitty Town, every time you go to Bitty Town, there is a 20% chance you will get abducted again

I played your game. It's a miss for me.
I was expecting a card game but what I got instead was a regular rpg.
I feel misled. The only card thing there is in the game is that
instead of equipping a sword for battles you equip a sword card.

The battles have nothing to do with cards. You and your party member
attack with swords and your skills aren't cards either and you attack
regular rpg type enemies with a regular rpg type story.

As a huge fan of card games I strongly dislike this.

Hey!
Thanks for making a video review of my game ^^

First, I'm terribly sorry that you were misled by the title. I agree I didn't have the best idea when coming up with the game name (especially because when you type Card Master on google it asks if you didn't mean Master Card lol). However, I can assure you it wasn't my intention to click bait anyone.
On the other hand, by reading the description of the game you would instantly know what it was about. However, this is still on me as I can't expect everyone to read everything before downloading the game.

All in all, I'm thankful that my game will have a bit more visibility because of your channel, and I am sorry you had such a disappointing experience.

I have already learned a lot with the mistakes I made in this game, and this was no different, so thanks for the critique. It will come in handy for my future games. ^^

Thanks. I'm glad you found it of some help. I look forward to your future games.

after i finished the game it is written
THE END

That's it haha
It's the end, there's nothing else ^^

No, not after game.

It was a quest that you would be able to do LATER in the game XD
More specifically, after you rescue Dawn

KILLERTIGER said:
hey gabriel gama played the game again and got all 158 cards
Click to expand...

It's the first person I know that accomplished that!

Congratulations ^^
How hard was it to complete the card album?

EDIT: forgot to say, THANKS for enjoying my game ^^

It's the first person I know that accomplished that!

Congratulations ^^
How hard was it to complete the card album?

EDIT: forgot to say, THANKS for enjoying my game ^^
Click to expand...

I compleeted it with all the cards on highest difficulty, I hate the final battle though.
it kills me compleetly over and over and over again, but the good part, I got smarter
and smarter and smarter

nice endings though, but there was some cards hard to find, on the ship that doesn't
come sometimes (took a while to figure it out).

ShadowDragon said:
I compleeted it with all the cards on highest difficulty, I hate the final battle though.
it kills me compleetly over and over and over again, but the good part, I got smarter
and smarter and smarter

nice endings though, but there was some cards hard to find, on the ship that doesn't
come sometimes (took a while to figure it out).
Click to expand...

Wow, thats really impressive!!
Yeah you really need a good strategy to beat the final boss, it's impossible to beat it with only brawls.

Did you get any help to find the cards? Like reading how to get some of them in this thread? Because I'm curious to know if anyone could find everything without my help.

And about the ship, did you also figure out that there was a chance to be abducted by it again?? I mean, I put 2 npcs talking about it, but what they say is still kinda vague so I'm thinking of making it clearer
You must log in or register to reply here.
Share:
Facebook Twitter Reddit Pinterest Tumblr WhatsApp Email Share Link

zerobeat032
finally drew the last member of "team outcast" for my game. since my game has a lot fighting game elements in it, there's bosses in teams of three like King of Fighters.
Yesterday at 1:27 PM •••
Amerain133
What do you guys think about Survival mechanics in games (Hunger, thirst, etc.)?
Do you find them to be an enjoyable obstacle or a bit of a nuisance?