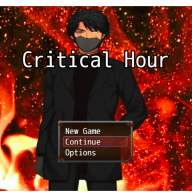 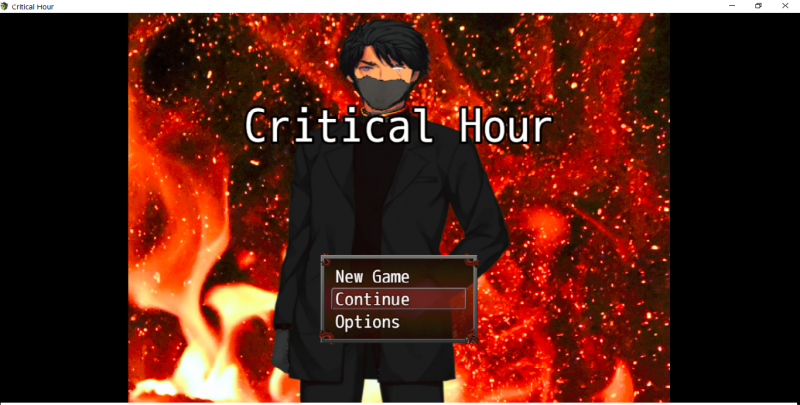 ​
The CATO: Critical Hour demo is here! With nearly five hours of gameplay, beautiful music, a fascinating story, and sometimes hilarious dialogue, it is the start of a great adventure in a futuristic world where you strive to conquer a mysterious enemy against all odds and the ire of your superiors.
Critical Hour will most likely involve three 'chapters': CATO: Critical Hour, CATO: Trojan and CATO: The Watcher. The total gameplay time will be over 30 hours. Updates on progress will be added to this thread. Please note any errors or questions and they will be fixed in the next update. Any and all criticism is welcomed.
SECTION A: SYNOPSIS

Critical Hour is an action-adventure, story-based, open-world RPG with a sci-fi setting and definite strategy game elements. You play Dr. Peter Brown, a failing scientist in the mysterious government organization called CATO. CATO is unreliable, with questionable ethics and tactics. No one is really sure what their game is. The world seems to be crashing down around you as robots continue to attack citizens in the streets of your cities. However, the robots are only a symptom of a greater problem. It is up to you to assemble a team of misfits to battle the robot menace and discover the truth about a man who seems to control the very fabric of your existence. And you have to do it all without the approval of your organization, infiltrating the enemy by committing crimes. Who is Firedrake, the mysterious 'man with a dragon's heart' who foils you at every turn? And who is the Sentinel who threatens the existence of free humanity?

"Peter, do you really think that you can defeat the Sentinel? You have been serving him all along as his puppet. You are not the hero you think you are...only a tool in the hands of a man who already controls the outcome. The Sentinel...is only as powerful as those who serve him."

The demo lasts from 3-5 hours and includes various side quests, four secret rooms, astonishing locations, dynamic ATB battles and brief puzzles. Note in the comments if you manage to find all of the secret rooms! 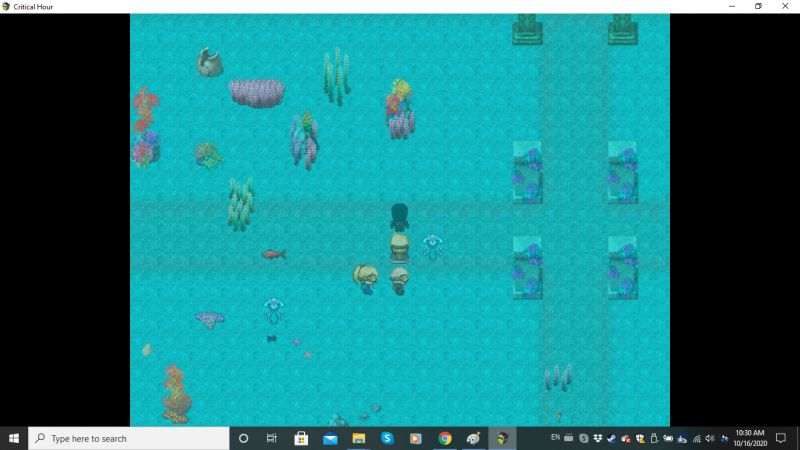 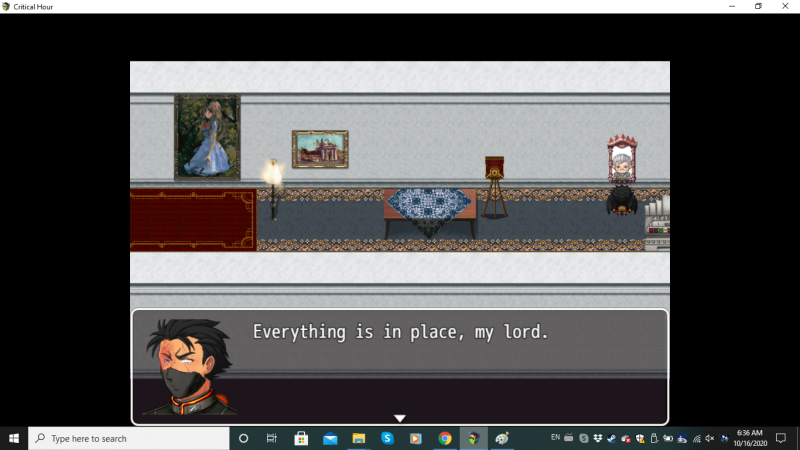 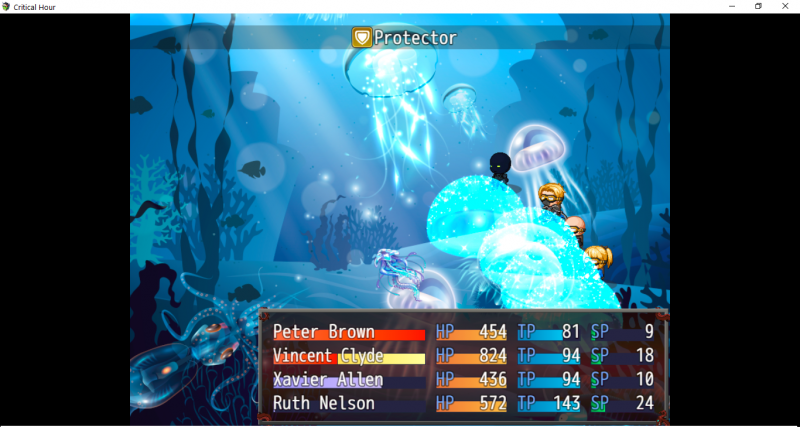 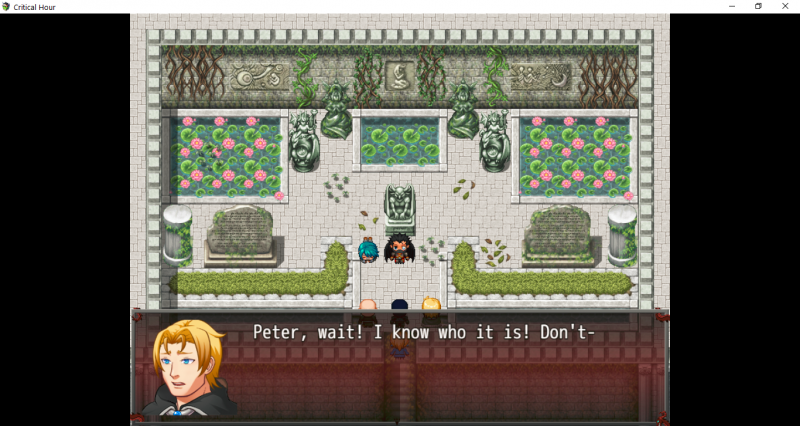 Changed the links to a newer upload with a few updates: Gorgeous new undersea battleback and a few minor bug fixes that do not affect playability. Additionally, this upload excludes unused files, making it about a fifth the size.
Last edited: Nov 4, 2020

Now available for Linux and Mac!

New updates include ATB system instead of the default battle system, plus new windowskin, battle animations, and skills! Two new skills include Protector: a skill that enables the user to sacrifice all their own power to raise the defense of his friends, and Rush All, a throwback to VXAce where you can have all of your people attack at the push of one button. It can only be used by leaders like Bill Cross and Peter Brown. Protector can only be used by Peter Brown.

Coming soon:
1. A HUD interface for whenever Peter is in the Ferrous Phantom armor
2. New and improved city graphics and some indoor graphics as well.
3. Two different possible classes to choose from for each character
4. Dozens of unique skills
5. Option to skip dialogue
6. Better quest journal that includes side quest updates. If requested, I may also add an option to re-read dialogue from the journal.
7. More secret rooms.
8. More hours of gameplay. That's right; the demo alone may wind up being closer to 10 hours at some point, once the full first game is done.
9. More original music
10. Additional battle animations and improved icons.
11. Better font and more unique menu screen.
12. Additional sound effects