Found an interesting side-effect of lowering the tile size to 16 — the battle start zoom-in animation makes the map have small black lines on parts. Probably something to do with how the engine draws the segments? Most likely just a simple rounding error.
Any idea on how this could be addressed?

Do you have other plugins active as well? Can you confirm that this is a problem with THIS plugin (ie - does the same happen in a brand new project with only this plugin and no others)?

I was completely sure I just tested it without anything, but turns out YEP - Core Engine was turned on after all. The incompatibility seems to lay there, although I cannot figure out what it could be changing to cause this effect.

The black lines thing has been happening for me since day one, and that's with no plugins at all.

So for a second i questioned if that was even the plugin's doing.
Last edited by a moderator: Dec 5, 2015

This plugin is so you don't have to change the tiles. It lets the game run with your 32x32 tiles.


If you WANT to change the tiles to make them larger, there are a few threads with different tools and instructions on how to do it. 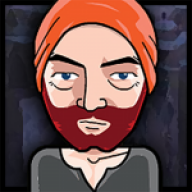 
E.g. You can't cram in double the amount of tiles per sheet via using 24x24?


Then, go into your plugin settings, change the px parameter and then set your Tileset Image Folder parameter to "img/tilesets/new/".
Last edited by a moderator: Mar 3, 2016

Got it. Thank you. This is absolutely perfect for me and has resurrected my project. Thanks again for posting this. xoxo

I have a problem with this. When I change the tilesize, my parallax bacgrounds don't show. It's just black.
I tried it many times in a new project, different parallaxes, tilesizes, mapsizes etc.

The java file posted on the first page is flagged by my anti-virus as "Trojan:Win32/Spursint.A!cl." Does anyone have any information on this? I'd like to use the script, and this is probably a false positive, but it makes me nervous nevertheless.


I'm trying to use the Pop! Horror files with MV, and most of the tiles are in the wrong position or cut off, so I'm hoping this will help me fix it, so I don't have to manually go in and place each tile using GIMP.

There has been an update to the Pop! tiles for MV. Or, they should resize rather nicely using a program like Gimp or Photoshop.

mlogan said:
There has been an update to the Pop! tiles for MV. Or, they should resize rather nicely using a program like Gimp or Photoshop.
Click to expand...

Thank you very much for the quick reply. They have instructions for resizing the base sprites and facesets to 300% for MV, but I wasn't sure about having to do this for all of the files. Do you have a link to a guide to help with this? I also downloaded the update file when I purchased the package today. I really like the software, and the tiles, but I'm still very new at using it. Most of the guides that I've found are for VX.

When you say you downloaded the update file, do you mean for Pop or for MV? If you got the updated files for Pop, you should not need to resize them. Otherwise, follow the same instructions for the characters.

mlogan said:
When you say you downloaded the update file, do you mean for Pop or for MV? If you got the updated files for Pop, you should not need to resize them. Otherwise, follow the same instructions for the characters.
Click to expand...

I'm sorry, it was a silly mistake that I made =)


The update that came with Pop! Horror was actually labeled for ACE. I was using the wrong files. They have a separate folder for MV, and it works perfectly. Thank you for your time.

bonedaddy9 said:
The java file posted on the first page is flagged by my anti-virus as "Trojan:Win32/Spursint.A!cl." Does anyone have any information on this? I'd like to use the script, and this is probably a false positive, but it makes me nervous nevertheless.
Click to expand...

You should not download the .js file at all.  You should go to the raw option in pastebin, copy it, and paste it into a new text file, then save it with the appropriate name.


However, that isn't necessary anyway, as the script is included with the DLC and you should only need to copy it from there.

Hi everyone. I found that if you change the tilesize to 32 and used 32px characters to match VX Ace, the character sprites appear to move more slowly than in VXACE. I solved this problem by changing a function to match VX Ace's version of the function:

MikePjr said:
The black lines thing has been happening for me since day one, and that's with no plugins at all.


So for a second i questioned if that was even the plugin's doing.
Click to expand...

Bit of a bump, I just got to implementing this plugin and noticed this error too, or something similar to it. Here's an example of what it looks like. 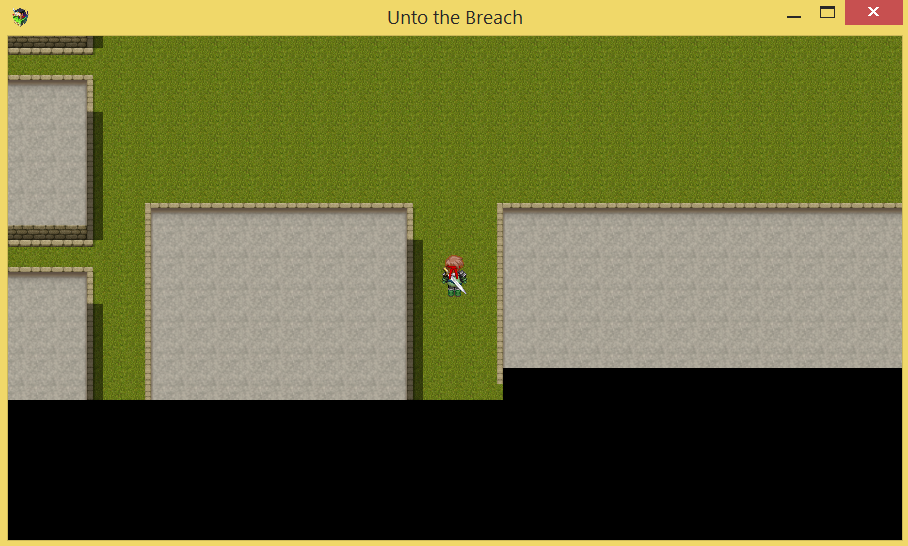 Some testing revealed the following for me:


- Doesn't happen with this plugin off.
- Still happens with all other plugins off.


- Doesn't seem to happen with maps I imported from VX Ace with your script, but still happens on a new map even with the same tileset.


- Further checking on that revealed it doesn't happen if there's any "empty" tiles on screen, only if the screen is full.


- Happens on two different computers. Both have NVidia cards and Intel CPUs. One has integrated Intel graphics, the other doesn't.


I think that was everything I noticed. I'll post if I find anything else.

Are you using 1.3.0 or 1.3.1?  I've seen reports of this happening even without the plugin, in the new versions of the engine.

Yeah, I'd wait for another update that states it fixes that problem.  I think it's the engine, not the plugin, because others have reported it (and at least have not mentioned that they're using the plugin).


This plugin doesn't actually do any of the drawing of tiles.  If you look at it, it's pretty simple really - only changes a couple of numbers that are used in calculations. 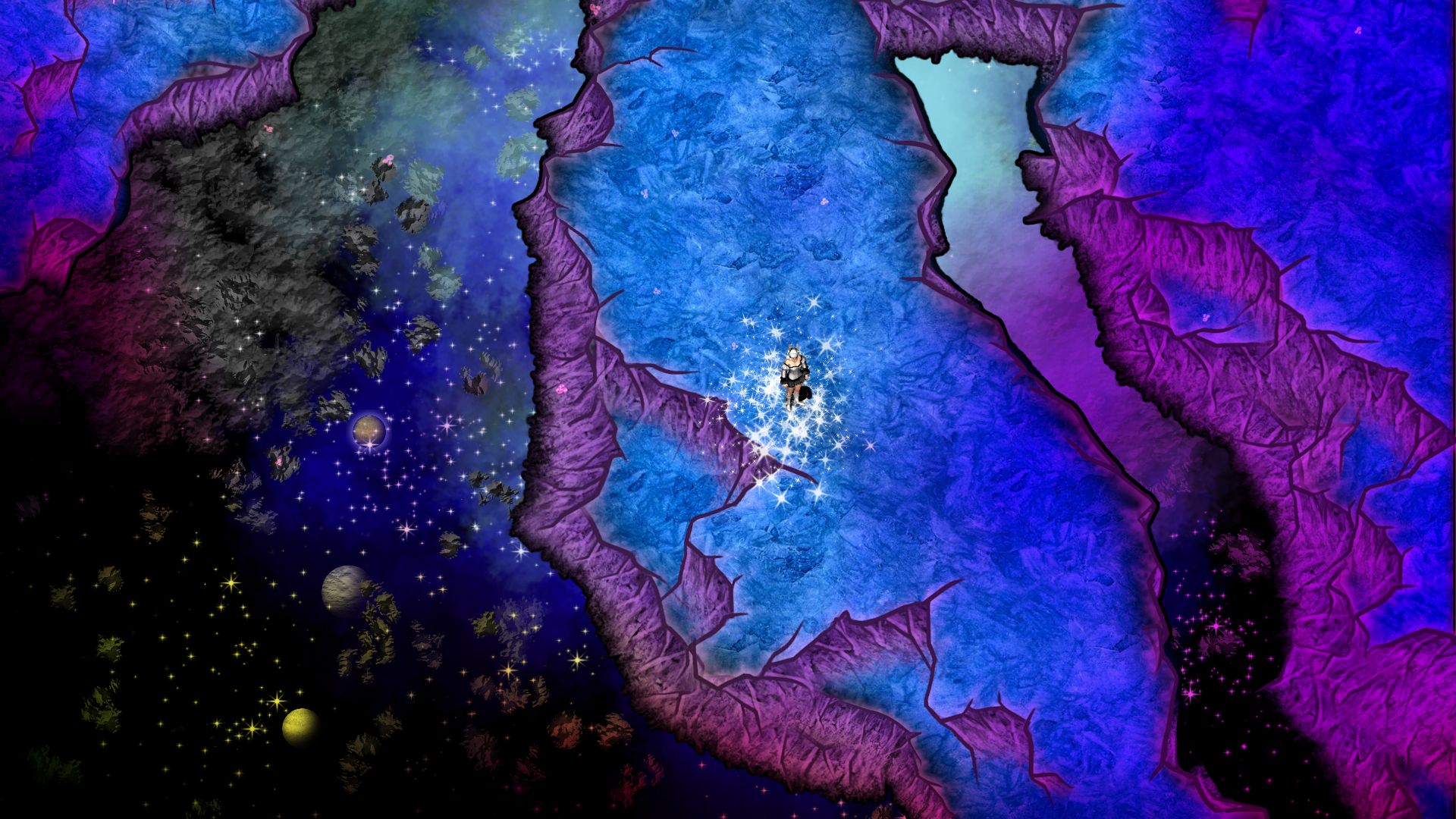