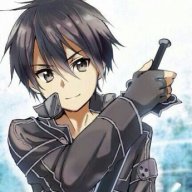 Could someone with free time create a plugin capable of changing the parameters of the weapon in play? example: there is a weapon that has 30 attacks in the database, and with this plugin I could make a script call or plugin command to increase that weapon's attack by +1 (not to increase the player's attack but the weapon's ), I don't know if you can do this without any plugins, if you have, please tell me how.

@darklugia1997
I'm working on a plugin that does a bit more than that.
But It's in very early development. Back in MV there was a plugin that did something called Independent Items, and I'm doing my own version, built into an basic backbone of redone inventory system.

there's a bit of work to do it though.

As you see, in MZ the way items/weapons/anything works is with a fixed database.

Ie when you get a potion in MZ, you get x amount of the potion with the same info on it.

And if you don't want that then you something like independent items, where each item added to the party is treat differently, but still uses the same in database template.

IF that's the case, currently a plugin for MZ like that as far as I know doesn't exist for public release. 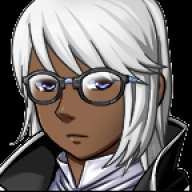 Okay so, I did a bit of testing just now.

I think you can do what you want with VisuStella ItemsEquipsCore . It has the function to have an item's stats be based on code.

In my test just now, I had a sword's stats be "ATK = 5 + $gameVariables.value(1);", then just increased Variable 1 over and over, and the sword's ATK went up each time. 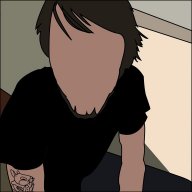 I'm currently doing this in my game with Yanfly Equip Core as well, it allows you to use notetags to change stats to be equal to a set amount, or a formula, or variables. In my case, some of my weapons and armor have stats equal to variables that I can change on-the-fly.

Just as a warning, I've done some experimentation and setting anything equipped to an actor as equal to or involving one of that actor's other stats causes the game to either lock up, or run so incredibly slowly that it's unplayable.

Example: I created a Sword that had Attack that increased by 1% in damage for every 1% HP the Actor was missing. But referencing that Actor Current HP or Actor Max HP stat caused battle turns to take 10-15 seconds, opening menus or changing between menus took about 6 seconds, etc.
You must log in or register to reply here.
Share:
Facebook Twitter Reddit Pinterest Tumblr WhatsApp Email Share Link

Rabosion
Today's my first login since Jan 2020. Time sure flies. Sorry to everyone's messages i missed.
11 minutes ago •••