Changing enemy/actor name based on their level? 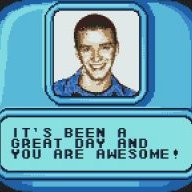 So here is what I want to do:
I want to change an enemy/actor's name every time they go up by 10 levels.

Specifically, add a different icon to the name every 10 levels.

I already know how to add icons to names via plugin, so that isn't the issue.

And I know how to do it by control variables > Game Data, but that only works with actors.

What would be useful is a javascript code to check an actor's current level. I could do a lot with that.

Although, to be honest, I do want to focus more on changing name based off enemy level.
I've got 0 script skills, and I don't think yanflye had a tag for "if enemy level is x".