So I want to make a game for my schizofrenic brother. and I would like to add a feature to the game. I have no idea how to program in ruby, never done it before. I do know basic and Qbasic.

I think it would be nice to add a character creation at the beginning of the game. To allow the player to select a character and/or class. I don't expect someone to show me a fully customizable creation script. but just something that allows the player to change classes and gender, and something I've added to the game called faction.

any advice is greatly appreciated.

You can do this with basic eventing - don't need to script.


Just use a series of Show Choices commands to allow selection of character and class, and use the Change Actor Graphic and Change Actor Class commands to set those things based on the choices made. Only use one actor.

thank you so much. 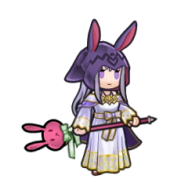 You are probably going to have to use a switch or variable to determine if the male or female character was chosen so that you can have accurate face graphics.

There are a few scripted ones as well to pick, and choose from
KaiMonkey's
http://forums.rpgmakerweb.com/index.php?/topic/1137-kaimonkeys-character-creation-with-races-version-three-released/

Take a look at them, maybe they can inspire a bit more than what you originally wanted.