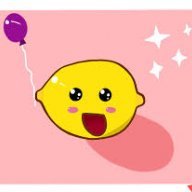 Hey guys, I've been using RMMV for a while now and in my game I decided I would like to have an animal character. I thought using the Character Generator I would be able to use the customization menus but it doesn't look right. The Generator doesn't provide enough like an animal nose, etc. And the animal ears just look silly with two pairs of ears. Specifically, I was hoping to make a pink bear "character/fighter." (I know it's weird.) I know how to setup the fighting system and everything but I can't make a good animal-looking character.

I guess what my question is that Does anyone have Character generator add-ons to help me? I want my character to stand up when they move/fight on two feet. I know that you can add things like bears, cats, dogs, etc that just follow you around but that's not exactly what I'm looking for. Just like a regular character that's pink and looks like a bear.

I know this is a lot to ask but if anyone could help me I'd be so grateful. Thank you so much! -Gapple

I've moved this thread to Resource Requests. Thank you.

Maybe you can find what you need here?