The death of a character should be impactful. Their death shouldn't be made up for by replacing them in any form, it should be felt by your audience\players throughout the rest of the story. If you're just going to replace them or otherwise undermine the impact of death, then why bother with it in the first place?

The manner in which they die is totally up to you. It doesn't need to be heroic or a noble sacrifice, but for their death to mean anything the player needs to be given enough time to form some sort of bond with them. If they don't spend enough time with the character, or the character is just uninteresting and not well written, then the impact of their death will be lessened, if not negated entirely. After all, no one cares about the deaths of nameless NPCs.

So yeah, death should serve some purpose. Death shouldn't be reversible, nor should its impact be lessened or made up for by introducing new characters and what not to replace the fallen character. Oh, and be sure to have a justification for them staying dead if your story takes place in a setting with resurrection spells or technology.
You must log in or register to reply here.
Share:
Facebook Twitter Reddit Pinterest Tumblr WhatsApp Email Share Link 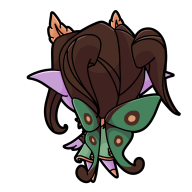