However, I've found that for some reason only one character in each weapon group is able to actually reload successfully. The others always result with an error. It seems to consistently be the same characters that is able to reload in each...but there is no difference in the events that I've set up from what I can see.

If anyone has a simple way to solve my problem I'd love to hear it!

Thank you so much for your time!

Edit: Hey all, I've attached some screens to illustrate my issue.

In the case of the screenshots I've posted, Adelheid consistently is able to reload, but Mila gets the "Can't use" message every time she attempts to...if their positions are swapped (Mila's common event is second in the list) then Mila becomes the one able to reload and Adelheid can't.

Any help would be appreciated! 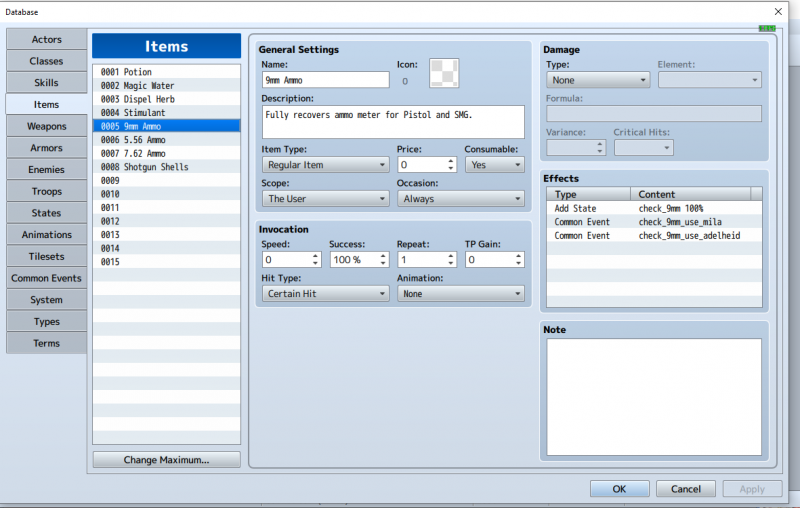 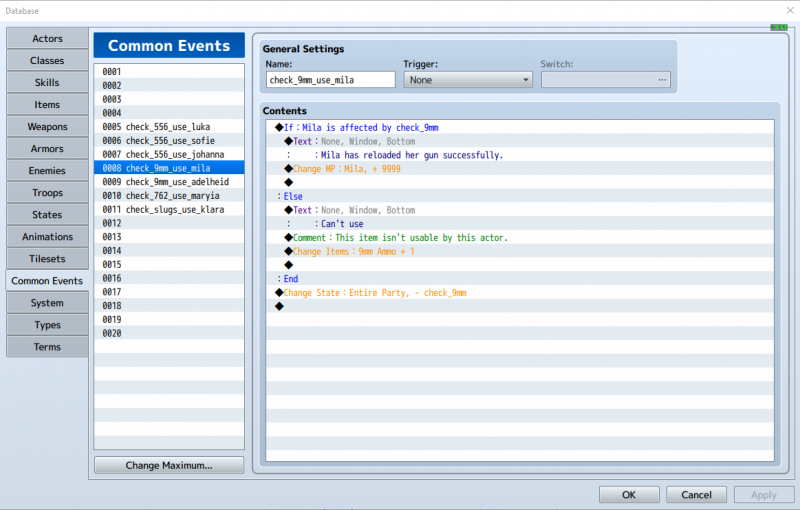 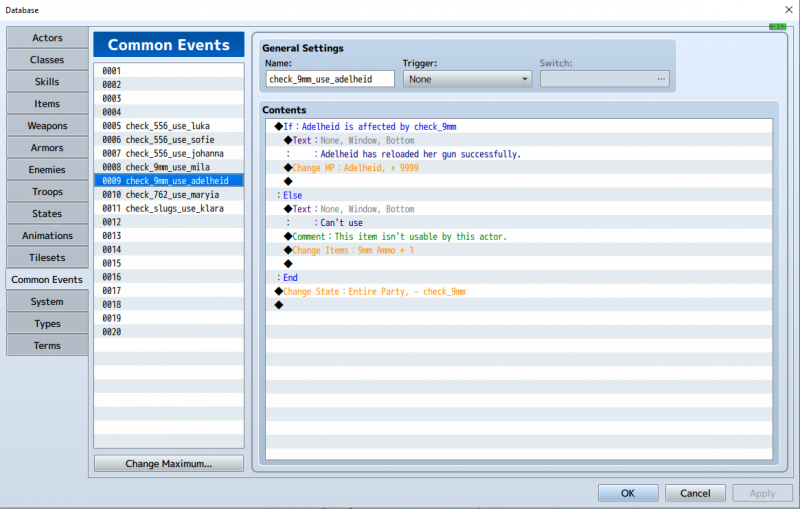 Hey all just bumping this, haven't been able to troubleshoot this myself.

If anyone could possibly help me out I'd really appreciate it!!

To do this I use Yanfly Item Requirements, it let you set conditions for items usage.

To make an item work on actor 3 and 7 you can do something like this:

You can also make it work for different weapons, for example if you want a 9mm ammunition to work on heroes who equip a pistol (id 2) and smg (id 4)

It works really good, if I try giving an "ether" the game don't let me use this ether in any actor but the selected one

TheoAllen
I'm bad at base-building games (looking at other players created an aesthetically beautiful base compared to me), but IDK why I keep playing the game and seek more of it.
Yesterday at 2:20 PM •••