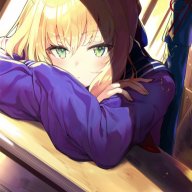 I made a one-use key item for a specific point in my story that teleports the player to a new location through a common event. In the same common event there's a scene, where there are multiple people talking. During the conversation one of the NPCs is supposed to walk away but that ain't happening. Is it just not possible?

The Player Character is able to walk a set path, everyone else isn't. The game just waits while no one is actually moving.

done correctly, a common event should have no problems controlling another event.
so if that doesn't happen, you did something wrong with the event.

show us screenshots of the event and we can start looking for what you did wrong.

Instead, I recommend using an Autorun event on the destination map to control the post-transfer cutscene.

Does your common event transfer the player to a new map and then do the character movements?

As far as I remember, XP is the last engine that would let you do that. With later engines, if it recognized that you had changed maps, it would no longer move any events. It doesn't matter if it all happens within the same event or within a common event. When I was making my game, I actually removed this check from the code because I wanted a single common event to be able to do this sort of thing over multiple maps.

So you should have the common event attached to the key item ONLY transfer the player to the new map. The cutscene should be an autorun event ON the new map.


edit: if only I typed a little faster

Thanks, guys. Good to know you are just not supposed to do that after all. I was wondering and wondering where things went wrong.

I ended up replacing the move command with a switch that activates a parallel event on the new map.

It should be autorun for a cutscene. Otherwise the player will be able to move around while the NPCs are moving.