Synopsis:
They never wanted to be heroes, but fate already had their destiny in its hands.
Some say the God Yggdrasil created one world in his vision of perfection. All was equal, and none were to be inferior. However, the Goddess Lorelei felt as if peace was to be worked for, not a given. Together, the deities created the Asmodean Fir, a benevolent crystal that gave its owner unimaginable fortune to the land and its people. For thousands of years it was shared amongst all, until the people of Edchaium declared war upon it's neighboring countries of Wysterica, Stellaria, and Adaquaris. This high scale conflict angered the Two Deities as it would bring nothing but destruction upon their perfect creations. As a result, they split the world into four. One for every country that existed. The Two Deities also felt the need of preserving the worlds with Asmodean Fir, so it was cut into five separate artifacts and dispersed one unto all worlds, leaving the fifth and final piece unto themselves.
This, of course, would never stop the purest of evils from their goal of obtaining Asmodean Fir for the conquest of the worlds and the Deities.

Skill Trade:
Editor - Allow me to edit sentence structures, grammar, and dialogue between characters to get intended effect.
Character Designer (non-graphical) - I can assist you in designing characters of your intent.

Other:
If you are interested in Chasing Justice, please PM me. I'll provide you with more information you may like to know. Thank you for reading~!​

Hey there guys and gals! Just wanted to give an update! I haven't received any offers to join Chasing Justice's development team, but it's okay! I work on updating the game a little by little every chance I get. Whether it's a new map, new skills, or progressing the story line. I just make sure the game stays fresh.

The biggest thing I wanted to showcase was a prototype banner I created! I can create a mini version if you want to include it in your other collections (whether signature or games you support forum. The portraits of Ryder and Justice were created by the wonderful @Roninobushi.

ALL positions are still open. Feel free to comment or PM me!

ALL positions are still open!

Primary reason behind this update is to bump the recruitment post, but to also just keep the news fresh.
I've reached a major cutscene between the first three party members about the "main plot". I'm also designing the FIRST main dungeon where the party will meet the fourth protagonist and gateway to the fifth protagonist.


Why do I give "main plot" a spoiler? This game is going to have so much depth to it that it'll take you on SUCH a journey that you can't really call anything the "main plot", but you'll be able to explain what the game is about.
The primary role I'm looking for at the moment is a Pixel Artist to draw Animated Sideview Battlers for the main protagonists and antagonists. You'll be working with me directly as well as with EXCLUSIVE portraits of EVERY character to design the battlers. Please don't think I expect any of this to be done for free.

Thank you for reading! Feel free to PM me at any time. I'll respond ASAP (even if I'm drowning at my RL job )

Hey id like to help, im a pretty good map builder and designer and help you make some great scenes =]

The project is still chugging forward! Every day, progress is being made! I expect to have a demo of CJ ready between the timeframe of December 25th to January 31st. As of now, I'm focusing on building the database a little bit more, designing skills, developing weapons and armors, enemies, troops, bosses, etc.

My main goal is to start with Advanced Action Sequencing soon, so that I may start designing (an easier way to put them) "Mystic Artes" (Tales of analogy to the skills). And with that, I'm also developing "Dual Mystic Artes". I've yet decided to do a select few pairings, some based on relationships, some based on commonality, and some just cause I figured in my head, they'll have a beautiful choreography.

Every character will have their own individual Arte and three dual Artes. This will force the player to have different party members in order to find which ones will have the most effect in every different situation.

Can't wait to share the production with you guys! Feel free to PM for anything, even if you'd like to join the development (even for a role not mentioned above)! Thanks for reading~

Chasing Justice is coming along very well. I've started developing pages on different websites, posting character images of the playable characters, just advertising the prototype of the game all together. So, I will never say that this game is not being worked on. I'm still on my own in the development process (but I do have an artist for portraits for now), but that won't stop me from completing this game. With that being said:

ALL POSITIONS ARE STILL OPEN

Please, be aware before you contact me, that I am self-funding 100% of this game in this current state and build. It's not ready for a Kickstarter, a GoFundMe, *******, it's not ready for any of that yet. But when I do get funding outside of myself for CJ, I'll be happy to give a bigger payout to those involved in the developmental process.

So, if you're interested, feel free to PM me or comment on the thread. I'm looking forward to working with people, any and everyone accepted~!

Sorry for the late response! Holidays can really take it out of you when working retail
I'll PM you~! 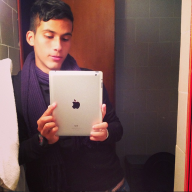 lianderson
Evening humans! How goes the game make?
38 minutes ago •••

EpicFILE
The anime characters we saw 20 years ago,
still have the same age when we see them now.
Somehow it's strange but also beautiful.
It's like no matter how much we change,
there's certain part of ourselves we can reconnect to when we see them again.
47 minutes ago •••