Choosing Only One Skill

What do you think of the idea of a system where you have to choose only one skill to take into battle, which cannot be used often, but does a bunch of damage, then having the attacks be a little more thoughtful and detailed? What I was thinking was that this way, the player can choose what skills would best suit the enemy they are about to fight, based on their element, or some other stat. And you will be forced to use the skill strategically because there is a cool-down and a charge time, that takes x amount of turns. But, having said that, you can't win by only using attack, because the longer you take, and the more times you have to attack, the less XP you get.


I was thinking of making it some sort of tactics system, where you can use summons. If this made zero sense, I apologize.


Edit: I realize it may not have been clear what I was asking. I just wanted to know if anyone had any thoughts or suggestions about what to do for it. Or any opinions on whether or not it's a good mechanic.
Last edited by a moderator: Oct 6, 2016

I'd say that just from the description it risks not being a very engaging system.


Having only 1 skill in a battle is a really harsh penalty since if you pick wrong you are utterly screwed. In that case I'd have to ask what your plan is regarding saving and what happens when you lose a battle.


Having a high cost and cooldown to the skill means that the player is left with just mashing the "Fight"/"Attack" option until it comes back. This may be okay for small mob enemies but it might make boss fights boring.


Making each skill God-like to make up for the fact that you only get 1 at a time and can't use it a lot risks making the skills uninteresting since they would almost be required to deal metric tons of damage, so they would either have little utility or they would be completely broken.


Seems like a balance nightmare really. I can see having few skills (Pokemon only needs 4) but if you prevent the player from mixing and combining multiple skills then it seems that each skill would need to do everything by itself which would just make them all boring in how overloaded each one is. I'd really need to see some examples of skills in this system and ideas for enemies to use them on to see if I can find it engaging.

Basileus said:
Having only 1 skill in a battle is a really harsh penalty since if you pick wrong you are utterly screwed.
Click to expand...

You would get to see the enemy's stats prior to the battle as well as their element. As well, you have four characters in your party, so if one chooses wrong, you still have the others. It's also not just mashing attack because you can infinitely summon defenses as well, which have specials of their own. You can make it almost like an army system. I based it off of games that have finishing moves, but your attack is a bit of a build up. Set a beneficial position for your actors, summon any defenses, and choose the best enemy.

Wait, I'm confuzzled. By "tactics" did you mean a game like Fire Emblem? Not sure what you mean by "army" or what kind of summons you're allowing here.


Could you describe the concept a little more. How does the play move about the map, how is battle initiated, what mechanics are you thinking of to give the player the info on the enemy before the battle? Also what kind of elements are you thinking for this system; something like Fire/Ice/Lightning or the weapon triangle from Fire Emblem? 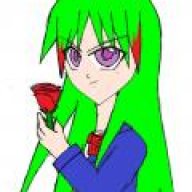 Not really into the idea, I prefer winning by play rather than winning by prep. Of course, strategy is about decision making skills and it matters more when there are more choices. Pokemon is already limiting enough with only four moves. Also, more combination between abilities means more strategy for there to explore. At the very least, you'd need your game to involve ATB system rather than traditional turn based.

Okay. Let me try to be as detailed as possible. I'm horrible at explaining things, so bear with me.


- before battle, player gets a brief view of the enemy stats, with your skill select screen open beside it.


- battle starts, party members side by side, enemies across from them.


- commands will be something like this: Attack, Move, Summon Defenses


- attack, well, attacks the enemy of your choosing.


- move puts your player in a more strategic position


- when you summon defenses, you get a list of things you can summon, so you can build a wall, or maybe an attack unit. Different for each character.


- your units have stats, HP and levels, and you can choose a target enemy for that one type of unit.


- if you die, but you still have units, then they heal your main character (that's because my character has earth magic and any plants can grow vines which revive him.


- if you don't have units, you do still have revives and that kind of thing.


- you have pets which can also help you, and fight whichever enemy you've targeted to add additional damage.


- should you choose to use your pets, you do gain an extra spell, however, they do have a disadvantage which is whenever they are hit, they do elemental damage to you.


- just to limit the amount of defenses you can summon per turn, I think there will also be a limit of three defenses per turn.


- defenses are bound to a spell, so the cost to build it is the cost of the particular spell they're bound to, and when they attack, they cast that spell.


- your finisher spell is going to be a hotkey, but the hud is going to tell you how much more you have until you can use it.

This is going to be one heck of a script if I choose to make this though.

Oh so it's for an SRPG, that makes it a little better. Though I still prefer having more skills unless there's a story reason why it needs to be this way.

There is a story reason, sort of. The main character at first has no spells, because he doesn't know he has powers.(he's virtually useless in the first battle, the witch does everything) But then, once he discovers, he doesn't like using them unless he needs to. For my archer, though, she may need to have more skills, since she uses her fire like no tomorrow. For the witch, she'd probably have more than the main character but less than the archer, since she isn't really comfortable yet with her capabilities and it embarrasses her. For my samurai, since they generally don't have many spells anyway, I'd probably keep him at two, three with the dragon. 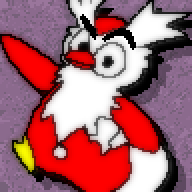 You will have to do a muffin-ton of play testing to make sure that the system "feels" right. I can see it working if, like I said, plenty of play testing is done (more so by people not working on the project as the balancing would be the easier part than knowing if it "feels" right to players who don't know the inner works of your game).
Last edited by a moderator: Oct 12, 2016
You must log in or register to reply here.
Share:
Facebook Twitter Reddit Pinterest Tumblr WhatsApp Email Link

MushroomCake28 Finnuval MushroomCake28 wrote on Finnuval's profile.
Glad to see you're back! I was wondering what you've become! It's been a while since we spoke to each other!
10 minutes ago •••
zachb Human_Male zachb wrote on Human_Male's profile.
I know this was months ago, but I don't completely understand the lunatic states program (how you set it up). I just want to apply a stone state (and death) to a character after x amount of time. Can you show me an example of how to set it up?
41 minutes ago •••

RachelTheSeeker
Wish I could respond to @CraneSoft's latest profile post, but it does remind me. Anyone else out there who likes the Souls series not because of draconian git gud difficulty, but because of its melancholy atmosphere and various cool medieval equips?
Today at 10:43 AM •••

Nenen
I wish I had multiple displays!
one screen feels like using a small table, and the way i usually do things I have a lot of stuff open ...
So annoying !
Today at 10:30 AM •••

Finnuval
This one is for all the so-called losers out here :