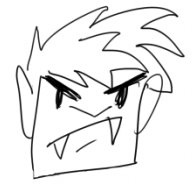 Chronicle of Beast is a Fantasy Adventure and mostly kinetic visual novel featuring a vibrant world with unique characters. At present the script is 16,412 words and is only just getting started on the introductory arc to the grand adventure still to come. The VN will feature custom artwork for character, backgrounds, and event images, as well as the option to develop stronger relationships between the MC, the ever expanding world, and her companions.

If there are any musicians in the thread (and maybe potential VAs?), I would love the opportunity to talk with you! There is opportunity for both paid and free work involved. If you're just looking for an interesting, story driven game to play, we'd like your opinion of us too!!

Pilgrimage was meant to teach respect, humility, and an assortment of other virtues that the priests in the compound drilled into her head for 19 years. But the only thing Jindeel felt like she was gaining was distress. At the conditions of the city proper, at the sickness and crime that drove a dagger through the poor streets of old town, and at the temple that loomed brilliant and willingly ignorant above it all.

Fed up with the rampant injustice plaguing her home, Jindeel accepts a fortuitous if not questionable opportunity to take matters into her own hands. With the help of her mate, a smooth talking con-man, and a wild dog of a felon - they track down the bandit stronghold, only to find a much more serious threat buried centuries away in the jungle undergrowth.

This sounds interesting. Like the characters. Especially Ravi pops out for me.
Curious to see where you'll take the story further. 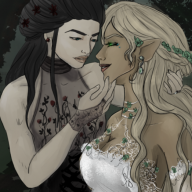