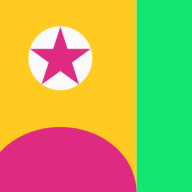 Hi everyone! (Hope i'm posting on the right board)​
(sorry in advance for any grammar errors)
I'm making a new project for some reason, and i have decided that the player will be able to evolve their character's class at a point in the game. And also, they will be able to choose between two 2nd tier class for each 1st tier class. So Wanderer can evolve to Breaker/Vanguardian, etc.

However, i want to make it so that the 2nd classes can use the skills of their first class, and maybe some other specific bonus. This would be the Subclass after class changing (before, it would be their main class). But i want the player to be able to switch between their main class if they want, only in towns or specific zones, but they would lose their skill and traits of their other class (like a restricted class system?) So, it would be best if there was a system for levelling each class separately...

I just want tips and guides on how to actually implement this? Can i do this with Yanfly's Class plugins? Also i f you can share your ideas thoughts (feedback), that is very much welcome

You can do this with the base engine, albeit with some work.
Let's say you have a specific quest (as in FF1) where a character gives them their evolved class. Let's say the starter class is Mage, they have access to basic healing, attack, and status magic. You can go about this potentially two ways: The class stops getting benefits at, let's say level 30, or they continue to get new skills as they level.
Once the character reaches the class upgrade NPC, they're given access to three magic types: White Mage, Black Mage, and Green Mage. White Mage is designed to have powerful healing and holy element magic, Black Mage is designed to have flat out powerful elemental magic as well as some non-elemental spells, and Green Mage is devoted to primarily status buffs and debuffs.
The way you can design this so that all three advanced classes have their abilities is to give them all of the abilities the Mage has up to either Lv. 30 (as per the first example) or throughout the class's leveling, and then you add on the upgraded class's abilities. Then, when you make the switch, you first record your character's current level, switch to an upgraded class, and level them according to the character's prior class. (As I recall, outright switching classes will change the character's level to one, but then again, I may be mistaken. Experiment and see what works best.)
No plugins are needed, but it does take a lot of work.

'Game Mechanics Design' is for looking at aspects of game play at a more conceptual level. "How do I...?" (implementation) questions belong in the Support forum for the engine you are using.