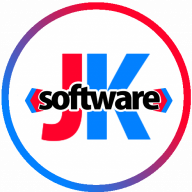 Introduction
Hello! I have been working on this game idea for several years now as a hobby with a group of friends and I feel like it's ready to begin entering the next phase of its lifecycle. I have been experimenting with game development for several years now, and it's the main reason I entered a career in Software Engineering, but I'd like to start taking the next step. I have worked on a bulk of the project, with my friends contributing to fleshing out the overall story and side quests. My hope is that I can find someone who is interested in our idea and willing to help contribute to getting the game past being just a dream. I am busy until the end of the year but after that I would have more time to have an active role in development again - I wanted to put this out now to gauge interest in the project / recruitment in general.

Code Faerie is a hybrid between a detective game, a visual novel, and an RPG. Take on the role of four different detectives as they tackle the mysterious events surrounding the Kingdom of Neeve. With only 14 days to explore the kingdom, gather clues and solve cases, you must decide carefully what you solve, and when. The game will feature multiple endings, based on which cases were solved and how. With the way the world unfolds, waiting to solve a case may cause a new series of events to unfold, leading you down a new path. The game is intended to be played multiple times, where the player can use what they have learned to solve cases earlier and more efficiently, all to uncover the truth of the Kingdom of Neeve.

As a game with no battles, the core of the game is the detective system, utilizing the characters' stats to determine if their actions succeed. Some examples include, but are not limited to: 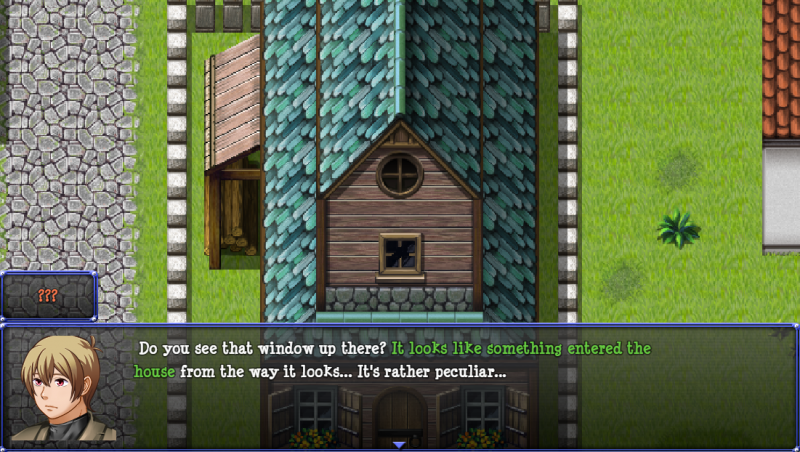 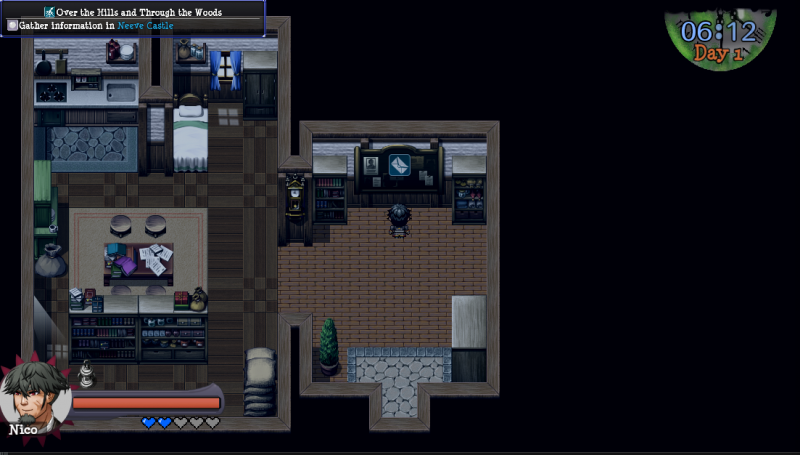 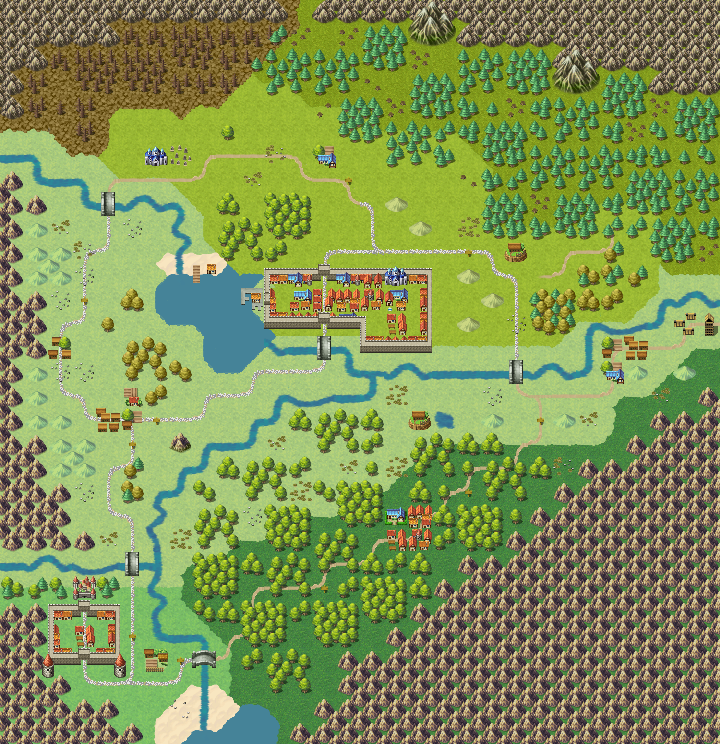 Long ago, there was a mighty kingdom called Neeve. The kingdom struggled with centuries of internal conflict. Corruption and rebellion plagued the land, and the citizens lived in constant famine and squalor.

However, one day, there emerged from the struggle, a mighty ruler, by the name of Ogilla. Under his guidance the kingdom was able to know of peace. The people no longer starved, and the land began to come into great wealth.

Decades passed in this way, and the kingdom prospered.

...But this tranquil state would not be permanent. One day, faeries appeared in the forests outside of the kingdom. They appeared harmless at first. The faeries kept to themselves, and although the king's sentries knew of their presence, they did
nothing about this new race in their territory.

Soon enough, the faeries were stealing the crops of farmers, as well as harrassing their cattle. The people began to file their grievances to the king, but he paid them no mind. Now that the faeries knew they wouldn't be stopped, they became more agressive towards the kingdom. Suddenly, people began mysteriously vanishing and turning up dead weeks after their disappearance.

The remaining citizens started to cry out for justice. The populace was in a state of unrest, irritated that their king had not done anything to stop the fairies up to this point. Soon, even the king's most loyal officers began to question the king's loyalties. However, King Ogilla had seen enough devastation to his land, and he agreed that it was time for action.

But, perhaps not in the way his subjects had wanted. The king decided that peace was the best solution, much -like he had done in the past. He made a proposal to the fairies. The king would give them a magical item, in exchange that they leave his people alone.

The faeries agreed to the deal.

The king's officers were outraged. This was the final straw. These insurgents, led by a man named Mixton, gained enough support to overthrow the king. Mixton and his men, stormed the king's chambers, and executed him.

Proclaimed the new king, Mixton declared war on the Faeries. However, when his men searched the forests for their enemies, they found that the faeries had vanished without a trace.

Soon, peace returned to the land of Neeve. . .


Albeit, an unsettling one. . . .
Neeve is a quiet kingdom nestled within the valley of ancients. There are 5 settlements:
The northern Neeve terrority is full of danger, housing the wasteland - a place where the dead sleep and wander - as well as the northern woods - a place belonging to the ancient faeries who have terrorized our land. Be wary of approaching their borders.
STORYLINE/PLOT


Alas, King Mixton has died! The events surrounding his death were quite mysterious, coinciding with a return of the faeries in the Northern Woods! His son took to the throne, but he too was mysteriously killed not long after! It was after the disappearance of our next king, the young grandson of Mixton, that the people have suspected a curse, placed on the family by the faeries.

If the rumors are to be believed, the magical artifact that was given to the fae as a sign of peace has been stolen from them, and they return to their murderous ways and torture our kingdom unless it can be found.

I myself am the final king in our family after seeing my father, brother, and nephew all seeing their ends. If I die, my daughter will take the throne, and the line would end with her. Please, you must help us!
After King Mixton claimed the throne, the kingdom has been in a state of tension - the Ogilla loyalists and the Mixton supporters constantly at each other's throats. Perhaps we could have carried on this way if it were not for the underground crime that began sweeping through the kingdom. A "robin hood" gang, they call themselves, stealing from the rich and giving to the poor, in that disgusting underbelly of the city of Euphoria. They may be the chaos needed to finally throw our country into a civil war - rich vs. poor, Ogilla vs. Mixton, and there's nothing we can do about it. Or is there?
To add even more to our plate, our people have reported signs of the undead returning to the land of the living. Many come from the battlegrounds to the northwest, where Ogilla and Mixton supporters have clashed in the days leading up to the former king's execution. Are they back to exact their revenge? Or are they here to finish the job they started?
DOWNLOAD LINK
I will be posting a new download link soon.

Assets
Because this is a game I wish to make commercial one day, list of assets I am currently using:


Recruitment Info​
Where we are in development: We have the general story outline, setting, and characters. I have most of the gameplay mechanics in (detective system, party swapping, stats, day/night system + events, quests). What we are missing is:
Positions/Roles Needed: In order of need:

My Role(s)/Position(s): I myself am a programmer by day and have worked on a lot of common eventing/custom plugins (detective system for this game, JK Mail) to get the core mechanics going. I can also contribute with mapping and eventing and would like to use this project as a way to expand my skills/knowledge in those areas. I am willing to offer my services as a programmer and eventer in exchange for help with this project.
Last edited: Mar 11, 2021

While I go yell at my graphic designer, I updated with a more recent version of our title screen 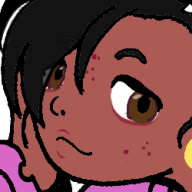 Hello, while I wish you the best with this, there's nothing in your post that mentions that you're willing to pay anyone for what you want. I'd probably consider adding that as very, very, very few people like working for free.

@A-kun I mean, it is a trade.
@Pirobi Hello. I'm an eventer, artist, and composer. Just wondering if you have any experience with Ace? Also, what kind of thing do you need?

A-kun said:
Hello, while I wish you the best with this, there's nothing in your post that mentions that you're willing to pay anyone for what you want. I'd probably consider adding that as very, very, very few people like working for free.
Click to expand...

Payment doesn't apply in this case; that's for classifieds which are in their own forum. If the OP was interested in payment it wouldn't be posted here.

BreakerZero said:
Payment doesn't apply in this case; that's for classifieds which are in their own forum. If the OP was interested in payment it wouldn't be posted here.
Click to expand... 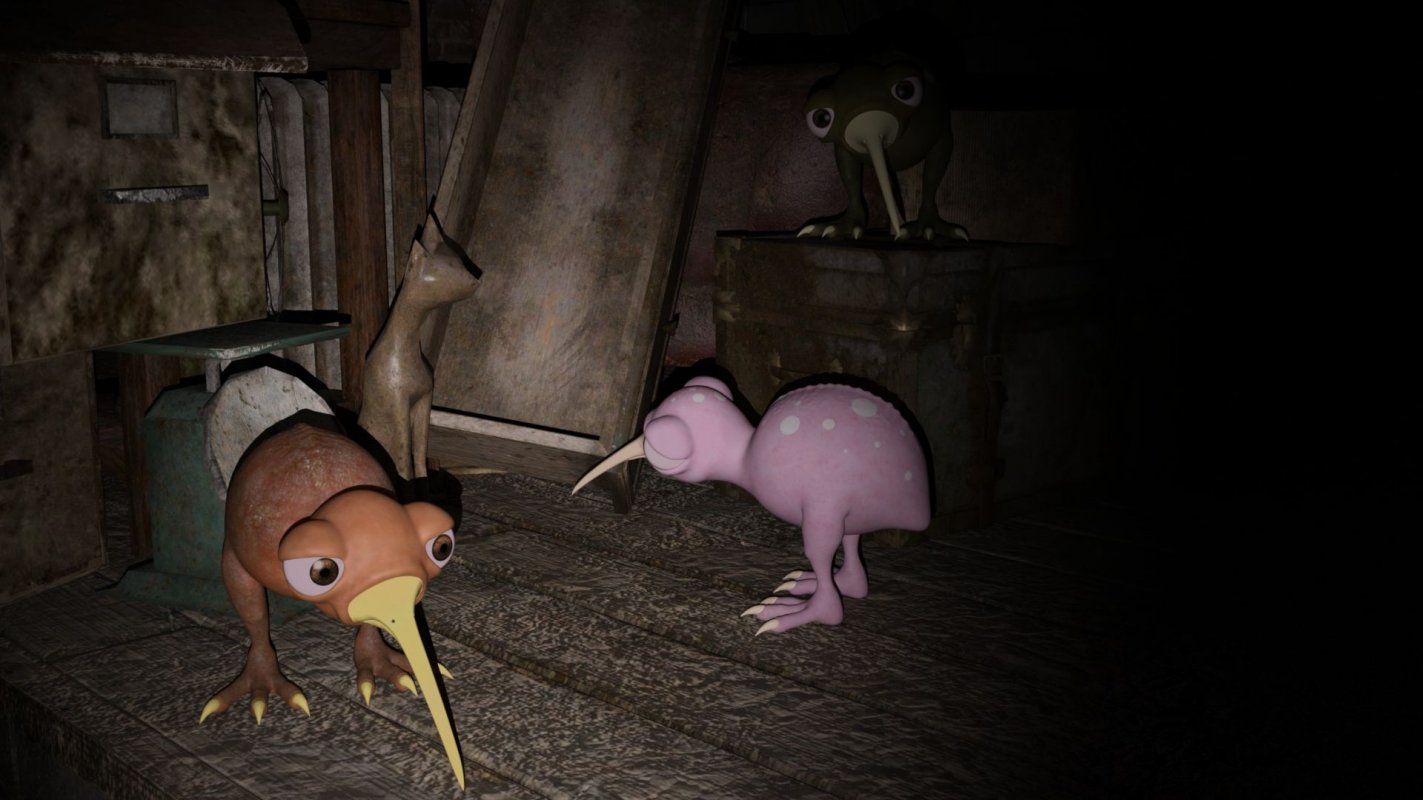