I recently contacted RPG Maker Web on Facebook asking if the collection 'ii-quantum' will be ported from MV over to MZ, I was swiftly told 'A lot of them will work as is.' but 'Battle Animations though are one that are hard to do when the original pack wasn't created using the particle engine that MZ uses (effekseer). So we probably won't be porting those animations over.'

I then went and got effekseer, researched it and learned the tools then once I felt competent I went ahead and searched for my copy of the files to read over the EULA/Licensing for the collection in question and given I had an old (bought!) copy I didn't have the EULA/Licensing, I lost them over the years, so I went and ported over purely one animation.

The 'virus' animation was ported by me through effekseer in order to test if 1, It could be done and 2, If I could realistically do the rest of the collection and to cut this short, yes, I got it working rather well.

Does anyone know if RM will let me go ahead and port the rest, I'd happily send them the complete ported collection once I'm done (files and all!) as ultimately, its their to begin with and I just want to be helpful and port it all over for them.

TL;DR:
I've been playing around in effekseer and to say the least I've gotten the collection 'ii-quantum' working on RPG Maker MZ even though it wasn't designed for it, I'm more than happy to go ahead and actually port all of the animations to the MZ version of RM and then send them the complete .zip as for now I've only ported one but can easily do most of the others. Does anyone know if RM would mind me porting it for them and just sending them the .zip?

Lastly:
Under the EULA statement 'Solely used for the creation of your game, you can edit, process, and modify the materials contained in the Resource Pack. You will not share these edits with others.' I will not be redistributing my ported variant in *any* capacity, I am only offering to send it back to RM-Web as ultimately it is their product. I also do have official videos to evidence my port of this working on MZ and RM-Web do have the footage as I sent them it, it contains the date and time within the video as well as my own project in which the evidence can be seen.
Last edited: Mar 2, 2021

Since this has more to do with the DLC, than a suggestion for MZ, I've moved this to Animation Collections.

@hadecynn has mentioned here they will be porting them all. 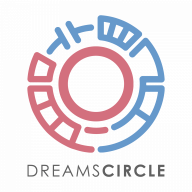