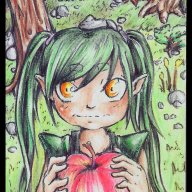 Hi, so i am pretty new here, designing a game, thought there are some mechanics that i would like to use, not sure if anyone has tried them b4, so here we go ^^-

spell & skills
all spell and skills will be on a skill tree, possibly, a spell skill tree,
would like to have it that you can only have so many, equipped to your character at a time, but you can interchange them outside of battle,

basic non elemental
basic spells any character can use

elemental spells
all elemental spells will require a equipment accessory, that have a item attached to it that gives "mana" for the element
(way i am going to work this is, i am going to have all elemental spells require a item that may or may not have a charge count, like archers and arrow's, if you don't have the item you can't use the spell, ie Fireball, fire element, requires a ruby, you have a ruby ring equip to you so fire spells unlock and your able to use them, though you cant use light, dark, water, air, earth, you take the ruby ring off, and attach a diamond ring, allowing you to use light spells, i am thinking that these items wont be consumable, but will have a durability, and will brake if not fixed,)

elemental spells could also have a 1 use item, that allows a single use of a elemental spell but once you run out, you have to make or buy more,

spells that continue over time,
the game i am designing has different types of spell schools, one is dance, any dance spell, action, as long as you can keep paying for it, will continue over time, and as long as its not interrupted, down fall of this is that if your hit, you should take extra damage,
not really sure how to work this one,

lastly,
weather mechanics,
the world my game is set in, has a very different type of solar system, example the star the planet is orbiting, is a giant moon, then the planet has another 2 moons and 3 small suns,
each moon, or sun, as well as weather effects such as rain, hail, windy, so on, has a buff effect characters, IE,
in the rain, fire would not work very well, but water would work better, and electric attacks would be aoe including caster and party

suns and moons would work on timer, if possible, and other weather would be random,
moons in the story line are important, as select race's in the game are effected by them, such as werewolf's and nymphs, also zombies, mermaids and vampire's, also witch's would preform sacrifice's under a specific moon,
i was thinking about just having a automatic message come up saying for the next 6 hours this race has this effect active, and some how setting the event to recognize a nymph, were wolf, so on, over a human, though i would still need to implement a time system? but i don't think that will work with events,

anyway, any thoughts on these, how i can make it work or even better ways of working them?

I've moved this thread to Game Ideas & Prototypes. Please be sure to post your threads in the correct forum next time. Thank you.