I read there's a script somewhere that can do that? I'd copy the event, but I need it to only run once for both tiles...

I think you have to describe it in more detail. If you need it to only run once in general just turn on a regular switch. Self switches only apply to that event alone.

I tried with an if, then, else, but such a simple event turned out so unnecessarily complex, with two items switching on, and then I'd probably need to use some global variable to disable it after a while... surely there's an easier way to have the same event on more than one tile...

Seyfert said:
I tried with an if, then, else,
Click to expand...

the suggestion above was not to use an conditional branch - this switching is usually done by page conditions.

two suggestions:
1) show us a screenshot of what the event is at the moment and what it is supposed to do
2) pause working on your game to really work through some tutorials on eventing, because your questions show that you are really new and missing some basics.

yes, it will take you several weeks to a month to really learn the engine and the editor - but you need that knowledge to ever have a chance of finishing your game.
because we can only give tips, we cannot make the game for you.

Basic questions can't be asked? I thought I'd try to work out problems as I go along, otherwise it might be overwhelming...

of course you can ask questions. As I said we will always give tips.

the problem is that if you're missing the basics of how the engine works, you will not understand our answers correctly and will have to ask for clarifications again and again, wasting a lot of time.
and possibly going into the wrong direction during that because of a misinterpreted answer, which will cause even more problems.

the engine simply has too many options to "learn by doing", you need a structured help to learn the basics - and that are tutorials that have been written already.
If you look around the forum, 90% of those who tried without learning the basics first have abandoned their projects. And of the 10% that managed to finish those projects, almost all admitted that they consider their first one or two years a complete waste where they scrapped their projects again and again until they knew how to do things correctly.

If you follow the link to the "starting point" in my signature, that is a tutorial I wrote for new users for VXAce - and it still is valid even in MV and MZ because those basics haven't changed much in all that time.

the reason why that old tutorial is no longer there is because a more modern tutorial is now inside the editor.
just go help - tutorialin your menu if you find nothing else

By the way, in the meantime, if you know of an easier way to do what I asked about... surely developers could have just allowed the tile highlighted to be expanded to two tiles, but no, everything needs to be unnecessarily complex...

Seyfert said:
surely developers could have just allowed the tile highlighted to be expanded to two tiles, but no, everything needs to be unnecessarily complex
Click to expand...

unfortunately it is not that simple - because collision has no size at all, so there is nothing to be expanded.
collision is based on coordinates only, which means that the default collision is simply comparing a pair of coordinate numbers.
So for a larger area to be checked, you suddenly have to compare multiple pairs of coordinates - and that is not as simple as you assume for a computer.

Just keep the following in mind: The developer wants you to use the program, nothing in it was ever made with a thought like "make things more difficult for the user" - quite the contrary, the main drive with the RPG Makers was always to make things as simple as possible for the user. 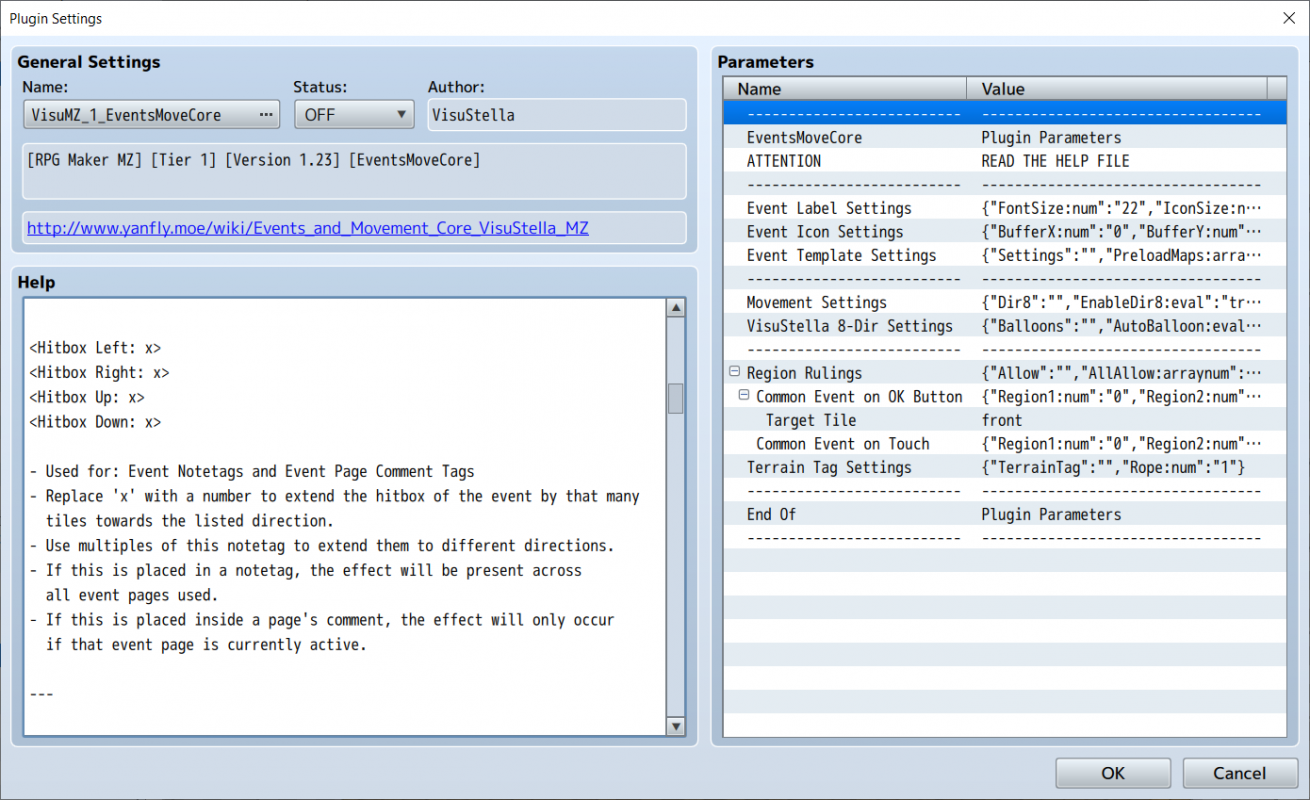 Is that 'spawn events'? I don't see notetags or hitboxes anywhere under command name...

The tag you put in the event name is literally in the screenshot.

I don't need to use 'plugin command'?

No, you enter the tag as part of the event note. 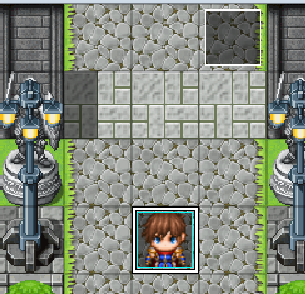 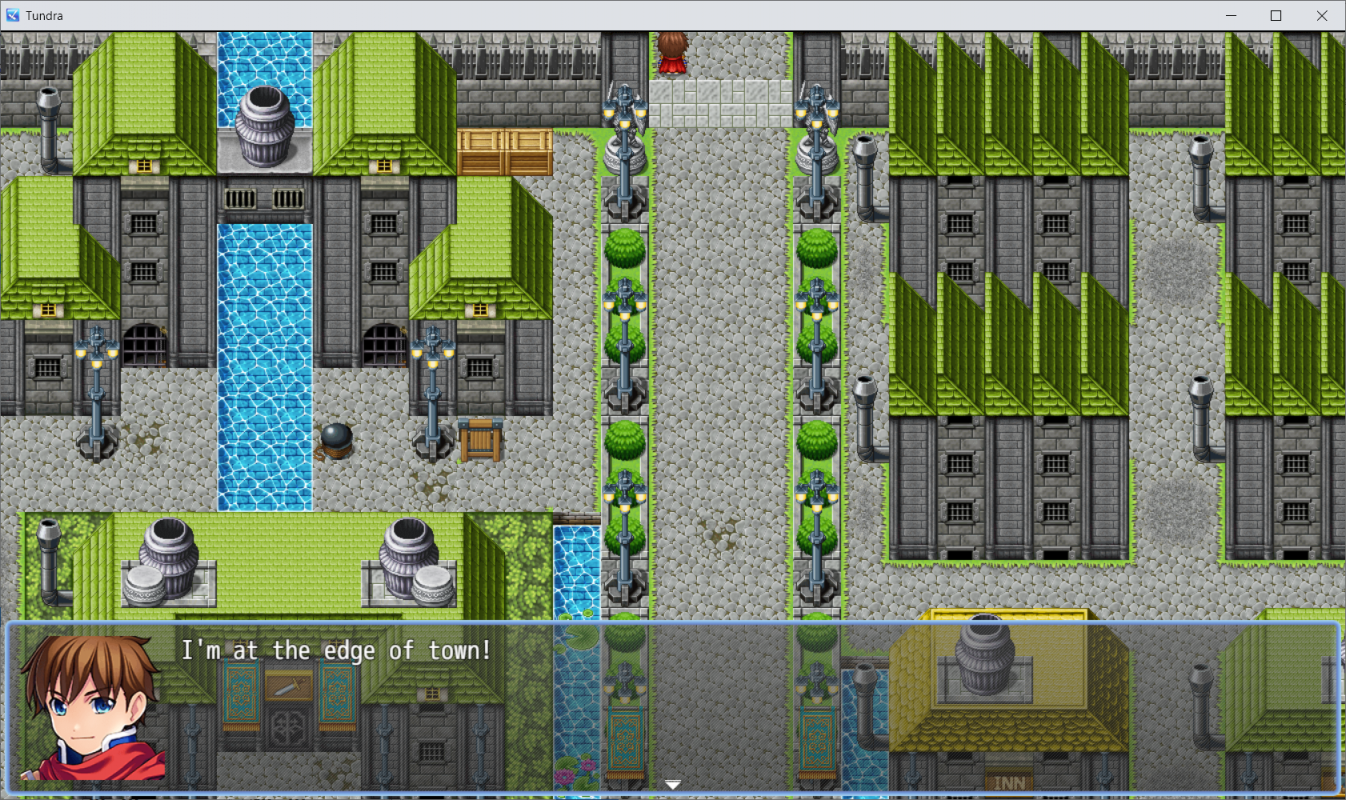 It worked... I had no idea the note field could be used for technical reasons. Thought it was personal memos or such...

It's the same as the notebox in the database. It was never intended to be used for plugins, but the plugin developers realised that the note field is accessible via javascript and it ended up being the most convenient place to put notetags.

I'm not 100% sure on this, but I suspect MZ added a notebox to events in part so that plugin developers could utilise it. For whatever reason, it's there and can be used for that purpose though.

Seyfert said:
Thought it was personal memos or such...
Click to expand...

that was it's original purpose and what the original programmer intended it for, but then the community-programmers realised that they can access that textfield like any other database field.
And because it was the only such field that doesn't mess with anything else - because it has no official function at all - the community has used it for custom data entry for years.

that is one of the many details that are impossible to know if you try to "learn by doing", a good part has to be told by someone who knows it - usually by tutorials.

You can still do this without a plugin. You'd have two events and would disable them using either a regular switch - one for each group of events (which would take up lots of switches if you have many) or self switches (along with a script call from each event to turn on the appropriate self switch on all other events in the same group).
You must log in or register to reply here.
Share:
Facebook Twitter Reddit Pinterest Tumblr WhatsApp Email Share Link