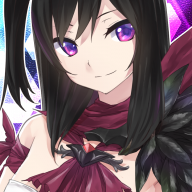 First of all, I use all the plugins of Yanfly, (and of MoG / Galv, but they have no effect on my question.)

What I'm searching : Skill which up ATK +50% for example with command.

- The only way to add a stats buff is to do it with the game function, either directly in: Skill -> Effects, and there with the Buff / State Core + Visual Effect plugin, you can see the round and the rate defined in the plugin: Buff / State Core.

- My question is therefore, is it possible to command an ATK Buff by choosing its percentage in a Skill? (on command, without the basic function in RPG Maker MV)

I tried with Target because the effect would come from a Skill. But my attempts did not work.


Thank you in advance

Conflictx3
That trope is alive more than ever, not so much elemental Crystal's but gathering magical objects or doing "task" to unlock this oddly specific thing is everywhere, I saw it saw it in the IT 2 remake, avengers and every season of supernatural
25 minutes ago •••