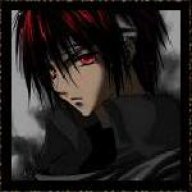 So I have a question relating to music. Now, we know that music used/ripped from other games etc or artisists without permission is well illegal in most cases without proper permission. That's a given. But I am unsure about something.

Okay I am not a musician, but one of my teammates makes amazing original work. Now we are trying to understand something. We came across a site that seems to be fairly popular in the music community called WilliamKage.com. On this site he offers these things called "soundfonts" to download. Now once again I am not the composer, nor am I musically talented but my partner is phenomenal with this stuff. So I am curious. Could you download these "soundfonts" and use them commercially since he makes up his own compositions and music but is just using this soundfont.

The way I look at it from my perspective is that it is like a word document. You can copyright a document because it is all of your work, your story your text etc. But you are just using the "Times New Roman" font. Pardon my poor view on it but as I said I am no musician so is this the same thing? He is creating his own document, it is his composition, is work, his arrangement etc, but just using a different "soundfont". Or is that totally off the mark?. 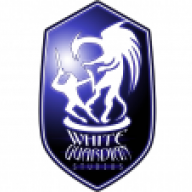 Looks like the guy gets some sounds from actual games. Even so, it says right in his faq

What about commercial use?

In the US, you may have fair use protection, depending on the nature of the project, and how much the sound is altered. Consult an attorney before selling anything that uses these samples.
Click to expand...

It would depend on the terms of use on that site. Take a look and see what he says can and can't be done with them.


Like some resource sites will allow you to buy/download their resources, but you are only allowed to use it in certain ways. Some allow you to use them to make commercial games, some don't.


Each one is different.


Edit: oh - if he gets samples from games (aka ripping) then no, you would not be able to use them - whether your game is commercial or not.
Last edited by a moderator: Jul 3, 2014

Sound Fonts fall under the performance side of copyright protection. So let's use your word document as an example. You take that word document and use it to print something. This is like publishing a song. The text itself, or in music terms the composition, is yours. Times New Roman is a licensed font, something that you were given license to use as a user of certain programs (windows and word for example). Since you have that license you're good and don't have to pay any special license fees. However, if you've never used a Microsoft product in your life and have a different word processing program, using Times New Roman would not be legal. (This is why the Times font exists and looks slightly different).


Legally sound fonts actually do work a lot like written fonts, they're like the performance of a work instead of the composition of the work. The copyright rules for them vary quite a bit, and there are people putting out fonts that aren't legal to distribute all the time. If you want to be legally in the clear with no chance of someone suing you or shutting you down then make sure you get the license to use that font from the actual copyright holder, not just someone who can provide it.

All of the posts do make sense. See I did read the FAQs and I was leaning more towards fair use. Section 107 of copyright law states that 4 factors need to be considered.

The two bolded points are actually what I was banking on. The soundbank provides the sounds yes but my partner's work is 100% original, composition wise. Also the fact that this WilliamKage person creates his own original music and sells the albums using these soundbanks also made me "cry fair use" I guess you could say. The second bold point relating to "the effect if the use" his original works would have on the potential market for the copyrighted work doesn't seem to hold any water. How would somone's original work effect potential market for the copyrighted work, not to mention this copyrighted work is from the SNES days.

But I do see all the points made in everyone's post and I would imagine the best course of action would be to try and obtain a license. Any other insights? And thank you all for the current responses as well.

The words "fair use" are often used to excuse stuff that fair use doesn't actually cover. The law is meant to protect rather specific things like parody, instructional use, and the rare cases where the resulting work is so far removed from the original that it is completely unrecognizable.


Basic rule of thumb, if a judge can look at or listen to the two things side by side and tell that one is an edited version of the other it is not covered by fair use. It is possible that the way you end up using the sound fonts would be distinctive enough to fall under fair use, but it's such a subjective thing that I wouldn't recommend trying. 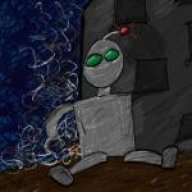 Much like with fonts, you can find a lot of soundfonts and VSTs that let you do whatever you want with them. I'm not home right now, so I can't give you a massive list or anything, but I have some pretty good ones. On the video game-sounding side, I'd suggest checking out Nintendo VST and the assorted Tweakbench VSTs. Google "8bit vst" and you'll find loads of options (just make sure to read the terms). For other types of sounds, I would just go down Darkesword's list and get what you like.

If you need more recommendations, let me know and I'll gladly rip through everything I have and let you know what I find most useful.

Personally, I am as cautious as possible when dealing with legal matters.  After all, let's say what you're doing is legally fair use.  Now, some time later, the copyright holder sees your game and, for some reason, decides to shut it down.  This could be for as nebulous a reason as "We might plan to release a similar game in the future so we need to protect our own copyright."  Nintendo has done this sometimes.

They could send a "cease and desist" letter, at first, if they're feeling nice.

If not, or if you decide to fight it, then you'd better go hire a lawyer.  And my guess is lawyer fees are probably much, much higher than the cost for a legal license from the copyright holder, for a small indie developer like yourself.  And, then you need to consider the value of your personal time which will be involved in the legal case (going to court, talking to lawyers, etc).

Now, granted, maybe the odds are 1 in a million that would happen.  But, do you want to take that chance?

My fear is that, in extreme cases, people could literally be bankrupted by the costs and time involved in fighting a legal case --- EVEN IF THEY WOULD HAVE WON.  If you can't afford the court and lawyer fees, after all, you HAVE to settle.  Fortunately, I've never been involved in anything like this, but don't care to ever be, either.

Large companies tend to count on this as one valid strategy to shut something down which isn't backed by another large company.

Basically, if I were going to go commercial with a game, and were using any resources for which I wasn't legally in the clear (RTP, purchased resource packs and scripts which clearly say they are free for commercial use), I would contact the current copyright holders or authors for any questionable resources, and purchase a license, just to be on the safe side.  Caution is always far better than taking a chance with something like this.

Awesome recommendations StanMan, and thanks Sharm, yeah fair use can be tricky at times. And @whitespear yeah I like to be more cautious then anything. For example for the game I am currently working on, I own the licences for everything I use and my partner is an actual musician/composer so all of his work is well his work lol. It'd be a shame to develop an entire game that you own the all rights to and then becasue you decided to use a Final Fantasy 6 "soundfont" for your original compositions that you are forced to take it down.

Even if you don't get taken to court and you don't have to pay money, the sheer effort in having to remove and replace resources in your game AND take your game down from all current hosts, is not worth the risk imo. Add to that the loss of reputation if you have to contact publishers or distributors and explain why they have to remove your game from sale temporarily. How likely are they to welcome you when you have a new game to release?
You must log in or register to reply here.
Share:
Facebook Twitter Reddit Pinterest Tumblr WhatsApp Email Link