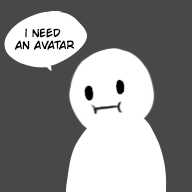 Victor's SFont - Displays a bitmap font instead of the default font set in gamefont.css.
SRD's Shaking Text - Applies a shaking effect to the text displayed in the message window.
https://www.dropbox.com/s/4codnxrao3ji4lm/SFont & ShakingText Demo 1.5.1.zip?dl=0
Issue: SRD's plugin doesn't display the bitmap font that is used by Victor's plugin; it uses the default ".ttf" font instead.

I know it's not simple like that, but... would it possible to modify SRD's plugin to display the bitmap font? I'd ask SRD directly, but apparently he retired/took a break (?).

@RicoRob I added some code to SRD ShakingText to handle the usage of VE SFont. I have tested the edit in the demo project, and it appeared to work fine.

Each shaking character is a sprite, and the current SFont data of the message window was not being copied to the bitmap of shaking sprite. Therefore the bitmap used the font set in the CSS file instead. The code I have added should allow for the usage of either normal or bitmap fonts without anything exploding.