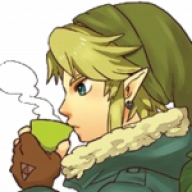 I've been using this site as a Guest previously, but finally signed up today, so I apologize if it isn't posted in the right place.

I've been working on my game for the past 2-3 months now and I've gotten used to using plugins, events, etc. The problem that I'm having right now is that SumRndmDde's AltMenuScreen_KH plugin (YouTube video that I followed, too) is conflicting with Yanfly's CoreEngine plugin... I've already checked that Yanfly's plugins are in the correct order; all of the plugins are working, they're just not working as I'd like.

Here's an example of what it currently looks like with both plugins on. 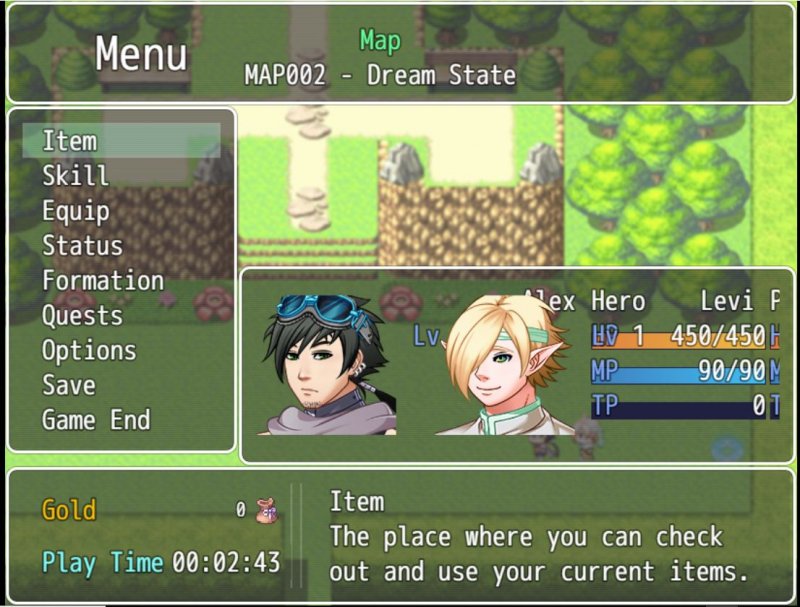 When I take off Yanfly's CoreEngine plugin, this is what it looks like (which is what I want it to do, but with Yanfly's plugin still on). 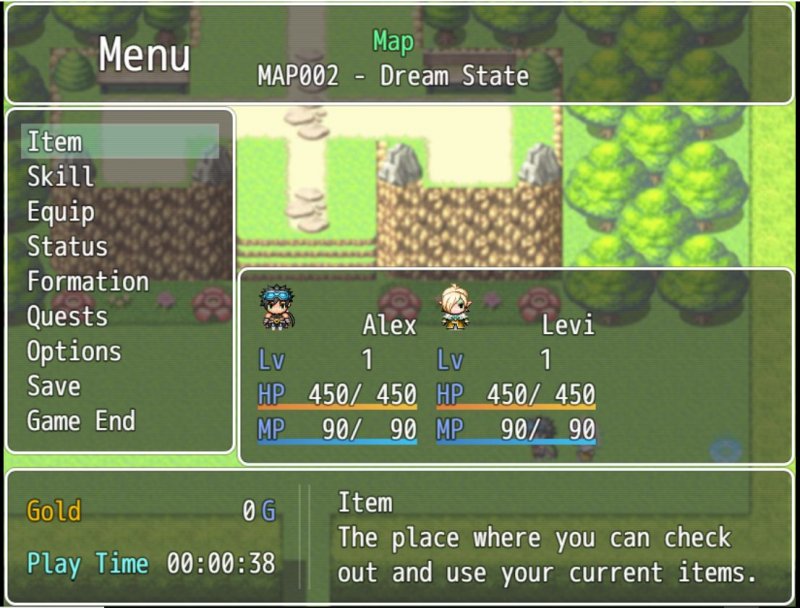 I need to have the CoreEngine plugin, though, because I also use a lot of Yanfly's plugins. My entire plugin list (ignore the ones marked as "off", except for the CoreEngine one, I'm coming back for those later): 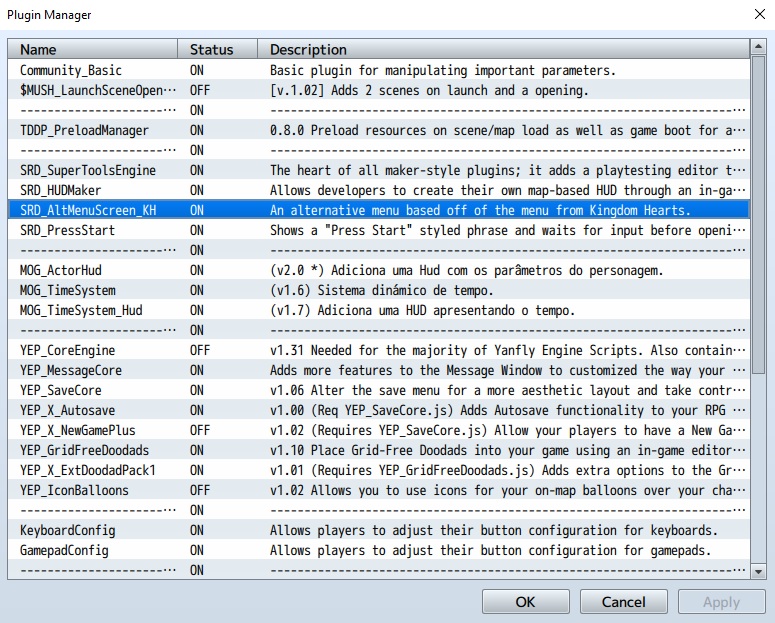 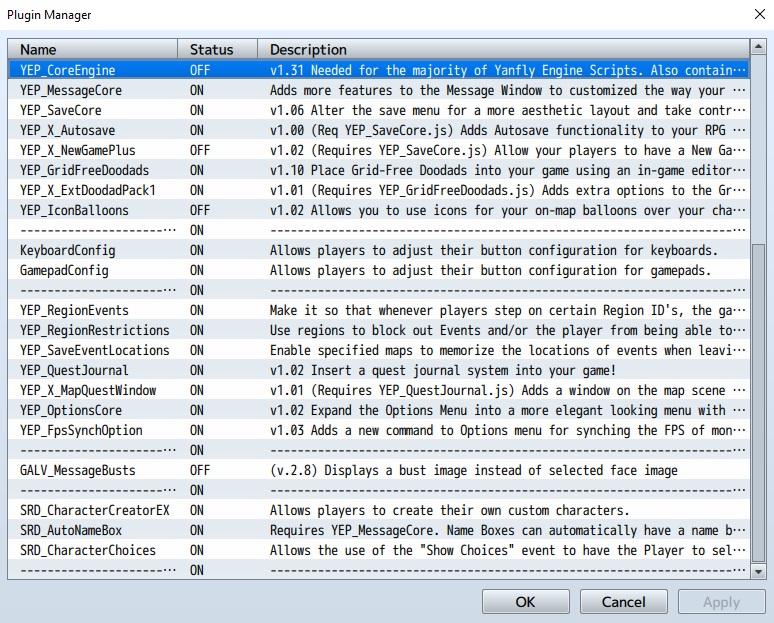 All I want to do is fix where my party members are overlapping. Ideally, I'd like to use the face images on the menu instead (as shown in the YouTube video) of the sprites, but either one works. I hate that that happens, and I already tried adding padding to the text inside the menu via the CoreEngine parameters. Any help would be greatly appreciated!

@glaphen - Thank you! It worked perfectly! I was wondering if maybe they might have been out of order; it had worked previously, but I couldn't figure out what I had done wrong/changed. I thought that the KH menu could go above since it was for menus, but I guess not. Thanks again!

zerobeat032
being able to transition music seamlessly is amazing. my main character's theme has lyrics and it goes from vocal version to istrumental when he leaves his room. and vice versa. and thanks to a plugin, the transition is seamless. I love it.
17 minutes ago •••