Hi, all!  I've run into a problem, and if there's a solution I haven't been able to find it.  Basically, I'm making a social-sim game, and I wanted to include the ability to change your character's clothing every day.  The problem is, I use large portraits (Galv Message Busts), which show the characters' bodies.  I wanted to know if there was a way to make a condition for which character portrait appears when the player character talks to reflect the clothing you chose.  I know there's the rough way (a separate conditional branch for each possible outfit he wears), but I was wondering if anyone could think of a way to make the portrait conditions simpler?


To add another layer of complication, I use different portraits for character expressions as well, so that probably throws another monkey wrench in the works.  I'm prepared to just have the PC change outfits automatically each day to save me the headache, though I wanted to implement a system where certain characters would be impressed by your clothing choices.  Any thoughts?  Either way, thanks for reading

I've moved this thread to JS/Plugin Support. Please be sure to post your threads in the correct forum next time. Thank you.


Please link the plugins you are using.  You'll probably need a mod to the message bust plugin, but it depends where it's getting the image from already, and what you're doing to show different expressions. 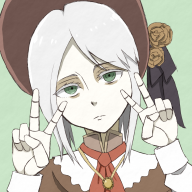 48Tentacles
Took a small break by playing VR. Latest update of these glasses unfortunately caused a little of trouble but it can be fixed with a manual operation.

Conflictx3
I am SO HYPED to share this trailer with everyone when its done. I almost want to tear up i had no idea how far i came along with Fallen Feather in these last 3 years.
Today at 4:21 PM •••