I'm exhausted beating my head against this problem and thought I'd outsource. I'm sure this has been asked/solved in the past, but my searching skills are weak, so apologies if it's come up before.

I have a skill that resurrects a dead party member, but then places a state on that party member. This state should prevent the character from being resurrected again until it is removed. I can't figure out how to get my skill to exclude targets that have this state.

As a side note: I use this state for lots of other skills as well (my system doesn't have MP, it instead uses a combination of cooldowns and a "Rest" system to balance skill usage). For the other scenarios (such as certain healing spells), I've been able to work around the problem by having the formula include a conditional check for the state and then setting values to zero if the state exists. While not elegant (a player may be irritated that the heal did 0 if he didn't notice the character needed rest), it has let me move forward.

Since I'm now dealing with traits outside of the formula, I need an alternative method to prevent the spell from being cast. 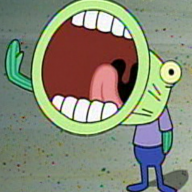 For the selection control plugin, there's a tag you can put on states (listed under Notetags - General) that says

Put the ID or name of your healing skill in place, and it should work. I haven't used this plugin myself, so I don't know what to tell you if it doesn't work. I think it will, though. Maybe you can use this to tidy up your system in general?

Will check it out. Thanks!

EDIT: Worked like a charm. I was already using Target core for other items; hadn't noticed how SelectionControl expanded upon it. Thanks a bunch!
Last edited: Apr 15, 2018

Great! Like I said, you may be able to use this to tidy up the system. Instead of making skills heal 0 via a conditional check, simply add those skills to the list of skills that can't target people with that state. Should solve the problem rather nicely. Maybe you already did this, but wanted to throw it out in case you hadn't.
You must log in or register to reply here.
Share:
Facebook Twitter Reddit Pinterest Tumblr WhatsApp Email Share Link

overlordmikey
I've decided to try and be more social and less nervous about engaging. I'm always over thinking things - from now on when I'm worried or don't get something I'll just ask.
14 minutes ago •••