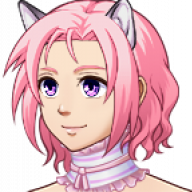 I'm currently working on some sort of menu engine for MZ including extended player settings/options. Things are going decent so far, but I've run into an issue that when I'm adding more than like 2 or 3 extra values to ConfigManager to be saved in the player configs things go a bit out of hand.

ConfigManager.isLoaded() starts randomly throwing a true. Sometimes halfway through loading all values, sometines after 2/3 and on very rare occasions it actually loads everything like it should before telling Scene_Boot to continue setting up the game.

I could fix that issue by totally changing how the ConfigManager works, but that would most likely cause compatibility issues with other plugins. I could also go for an extra method excluding ConfigManager fully, but that feels wrong too.

Did anyone else run into similar issues aswell? If yes, did you manage to fix it without major changes to the processing?

Maybe you can try to alias the isLoaded method like this:

ImaginaryVillain
I ended up needing to do a chapter 1 map remake. WIP, animated version to come later.
11 minutes ago •••