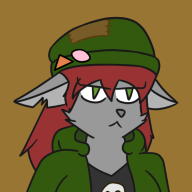 Maliki's Dual Wield MZ ver 1.0 Introduction: A release of my Dual Wield Plugin configured for MZ Features This plugin allows devs to set weapons as twohanded, disallowing players from equipping weapons to the Off-hand. Also allows for Main or off-hand only weapons. Enhances traits by...

Visustella Battle Core makes it so that, while dual-wielding, you actually attack twice, and your weapon's traits and stats are applied for each attack, instead of both traits applying at once during one attack.

The conflict is that in order for MalMZ to work correctly, shields need to be registered as weapons in your database, and Visustella sees that you have two weapons equipped and makes you attack once with your sword, and once with your shield.

Now, I know how to get rid of the "two attacks" part of Battle Core, but my weapon's independent traits (elements in particular) are too important for me to do that, so I want to make it so that Visustella doesn't count certain weapons as weapons for the purposes of dual-wielding.

Hopefully I just missed something in the plugins' documentation, and that this is actually a really easy fix that I'm just missing out on.

It's been a week, bumping thread.

I'm aware that Ramza's dual wielding plugin exists, and it says that a dual wielding actor can have a shield equipped in their off hand, but I'm not willing to pay for a plugin that I'm not 100% sure is going to fix my problem.

Announcement: This plugin, as well as my shield block plugin have been moved over to my itch.io page as paid plugins from this point on. Anyone who was previously using these plugins can continue to do so, but no further updates will be posted tho this thread. The most up to date version will...

Xenwarrior5 said:
I'm not willing to pay for a plugin that I'm not 100% sure is going to fix my problem.
Click to expand...

@ramza is quite responsive on this site - have you tried messaging him, describing your specific situation, and simply asking if his plugin will do what you want? He wouldn't lie to you to get a sale.

Aside from that, have you tried turning off the Melee Multi Target plugin parameter in the Battle Core? I'm not sure whether it disables their dual wielding functionality entirely or just the action sequence for it, but it's worth trying.

I haven't tried messaging ramza yet, but I did try turning off Melee Multi Target in auto sequences, but it did nothing. If I turn off Melee Single Target though, it just plays vanilla-style dual wielding. I said in the first post that I already knew how to do that, but the problem is that my weapon's parameters are arranged so that this doesn't work.

Apparently the site doesn't send emails when you get named dropped on the forums. lol.

I replied to your DM, but will also put my answer here for others to find from google or whatever.

My dual wield plugin does not force you to make your shields weapons, so it does not have this compatibility problem. An actor with a shield is not considered dual wielding, so the VS battle core should not add an extra attack with the shield, or at least, it didn't the last time I tested it.

Xenwarrior5 said:
I said in the first post that I already knew how to do that
Click to expand...

Tanarex
A woman gave me her number without me even asking for it. Then she left because she had other patients to see.
Today at 6:00 AM •••

HexMozart88
Ohmygoodness I played Dicey Dungeons for the first time last night. Gave me SO MANY IDEAS for how to fix Heidi.
Today at 3:41 AM •••