Copying a plugin+settings over to a new project?

Hi,
I was working on creating a GUI in a blank project with the help of several plugins.
I now want to add these plugins to the main project, but whenever I copy the .js file over, it doesn't keep the settings.
I also can't find anythig in the data folder like plugin.js, or so. How can I copy plugins over while keeping the settings they had?
This was just so much easier in VX Ace...

I have done that too, yes. It doesn't work.
But I've been noticing more bugs with MV on steam, sometimes changes just revert back after I saved something..
Last edited: May 29, 2017

Am I the only person to nose around in the files of a project? I mean just looking inside the eponymously named "plugins.js" you see plugin configuration data.

SamJones said:
Am I the only person to nose around in the files of a project? I mean just looking inside the eponymously named "plugins.js" you see plugin configuration data.
Click to expand...

I saw that one, yes. But copying that one over will not work. My GUI project only has like, 5 scripts, the main project has a lot more, and I don't want it to overwrite the other plugins.

i dont know then, ive also noticed a few bugs regarding the plugin manager, maybe try pasting it to a new project to see if the problem persist.
About steam, that probably has to do with steam cloud messing with you, i could be wrong but i think it can be turned off.

@BCj
the plugin.js file is the one that contains all configuration for all plugins in a project - that data isn't anywhere else.

There is no other option to mix that data.

BCj said:
I saw that one, yes. But copying that one over will not work. My GUI project only has like, 5 scripts, the main project has a lot more, and I don't want it to overwrite the other plugins.
Click to expand...

Then instead of overwriting the file you copy the necessary lines over into it.

There is no other option to mix that data.
Click to expand...

@Andar , the file is editable in any text editor and the plugins each have their own lines. There isn't even the need to change any configuration data. Just add the lines you want. 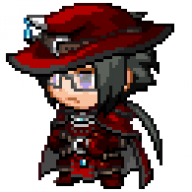 Ive personally never had a problem with copying plugins from one project to the next, just by having two instances of MV open at the same time, with the Main project open in one, and the sandbox project in the other. But if it isn't working for you, Directly copying the Configuration entries in the plugin.js file over to the other plugin.js file replacing the default entries for the moved plugins, would be the most direct way of geting things moved, aside from just manually copying settings over by hand in the editors. [so tedious]

Well it turns out it was just one pluginnot copying over its settings which is.. pretty weird. It was SuperTools MV.

That might actually save its settings in a different file, since it needs to dynamically change things and window order ect based on other things, because it can literally change any window in your game, even windows setup by other plugins. So it likely has its own generated config file. would have to find and move that config file too.

That's what I thought too. Was trying to look for it, but wasn't sure which file that was.

Knowing him, it would just be a file it autocreates in the sumrndmdde folder lol 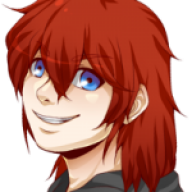 @BCj
All of the data is stored within the /data/ folder!

SumRndmDde said:
@BCj
All of the data is stored within the /data/ folder!

Sneaky buggar! I'm used to your stuff hiding in its own folder.

Isaac The Red said:
Sneaky buggar! I'm used to your stuff hiding in its own folder.
Click to expand...

The purpose of the "SumRndmDde" folder is so all plugin-related images may be easily copied over if the developer chooses to use the "Exclude Unused Files" option when exporting their project. Simply copy over that one folder to the exported game and you're good to go. Otherwise, developers may have to scavenge around for all the plugin-related images they are missing upon exporting.

Of course, things such as data files are automatically transferred, so they may remain within their respective folder.