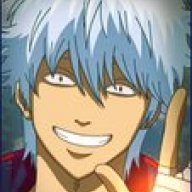 I am not sure if this is actually the right forum to ask this.

Ahem, anyway. With the new release of the 2k3 on Steam I wanted to ask if it would be possible to get a ressource pack containing the missing 2k ressources. The 2k3 already has probably half the ressources from the 2k (Character Sets, Battle Animations, Music, Sounds, Title, Game Over), missing are Facesets, Chipsets (same as 2k3, just a different style), Monster and System. I have no idea how high the demand for something like this is, but since we basically already have ~1/2 of the ressources because of the 2k3, could we please get the other half? :3

And in no way I am asking because I prefer the 2k Chipset, Faceset and Monster design over that of 2k3. Nope. Would never do that.
Last edited by a moderator: Apr 30, 2015

Well tbh yeah, the 2k faces are totally awesome. And the 2k3 faces are rather, umm... wut

but I think that'd be a little hard to happen considering it'd devalue (ha) rm2k and possibly bring a disvantage to an eventual port of it to English (unless there's already one idk of?)

And idk, considering the video and all that's totally probable in the future right? at least I don't see degica/enterbrain wanting to kill that possibility so I'm guessing that's not gonna happen -- yet I really believe it'll be possible to purchase rm2k in the future and use its rtp on 2k3.

nevertheless, there are many alternatives to the um ugly 2k3 facesets!