Count Down to the Apocalypse!

Greetings gentle peoples of the interwebs,


So I was working on my day & night cycle, as well as my weather system for my current game, both of which operate off an internal clock within the game. When it occurred to me the possibility of of quests being based upon the internal game clock; both in the occurring only when a certain amount of time had been reached (example a quest giving NPC for a sub quest only being at a location at certain times during the day, or puzzle elements only being accessible during certain times), as well as requiring them to be completed within a certain time frame to be successful.


As an example of the later, the big bad must be defeated within a certain amount of time, or their plan comes to fruition. One common example of the utilization of this mechanic that springs to mind for me, is the original Fallout game; where if you fail to defeat the antagonists, the vault gets wiped out. Though I am certain everyone probably has their own prefered example of this mechanic.


To me this seems like a good way to make the player more invested in the events of the game, because it makes the villains more threatening in a way. Rather than simply being static objects waiting for the hero to take them out, they are active NPCs in the game world pursuing a course of action.


So my questions to you dear members, regarding the use of an internal clock as it relates to quests both sub & main, are as follows.


1) Do you enjoy games where this mechanic is present?


2) Do you utilize this mechanic in any of your own game projects?


3) What do you think is a good example of this mechanic being used properly? 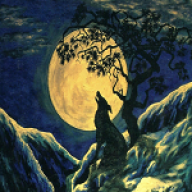 I love day and night system. It's make the game more realistic and complex.


I used day and night system in my old games and it worked pretty well. night and day make the game more complex and realistic. I don't like games that look like the player is stuck in one day.


One good example would be dragon warrior IV. The day and night system was amazing!

XxXhelazz said:
I used day and night system in my old games and it worked pretty well. night and day make the game more complex and realistic. I don't like games that look like the player is stuck in one day.
Click to expand...


It's little things like NPCs closing their shops at certain hours & heading over to the tavern for a pint, that makes the game world feel alive.
Last edited by a moderator: Sep 24, 2016


I've always enjoyed how TES games use day and night cycles. People move around, work, and pray during the day. At night they go home to eat, and then sleep. I loved roleplaying my vampire, stalking the streets at night and preying upon the destitute, or those foolish enough to be outside their homes when the sun went down.


I wouldn't use it in any of the projects I have in mind. It simply wouldn't fit. I believe day and night cycles are simply one tool a developer has at his\her disposal to make a game world feel alive.

The Stranger said:
Unless the day and night cycle have events and mechanics linked to it, then what's the point of it?
Click to expand...

For my own project I am assigning different actions to my NPCs based on what time in the day it is, to make the villages & towns feel more dynamic. Rather than here is NPC 57 still standing in the same place he was two, four, six, eight, & ten hours ago when the player's main character passed through town previously, & still commenting about how nice the sunny weather feels.


Also the internal clock within game acts as a trigger to generate a new number for the variable assigned to the weather, when the proper amount of in game time has elapsed; which will in turn trigger the weather conditions assigned to that particular map. None if inside a home or dungeon, snow for mountainous regions, rain for regions closer to the coast, etcetera.


Essentially, it gives the NPCs a variety of action, outside of altering their dialogue & behaviors because of quest actions you've undertaken, which let's be honest, often aren't going to dramatically change your NPCs day to day routine.


I don't think I'll go so far as to create seasons for the game though, as that would be an entirely different level of investment of time & energy.

To me... Day and Night systems need to have a difference besides colors. Enemies are different, some places open and close at certain times - interesting places at both times, so the night isn't only to wait until the shop opens for example.


But about a "countdown"... as in, a time limit countdown... that is kinda limiting.


I think it is not advisable in an rpg. Now for another kind of game, go for it.


If the player takes too long they lose despite doing everything else right? And in an rpg, unlike a level-focused game like Prince of Persia were you can just retry with a password with the better time, that time used is a commitment that you used for improving the characters, so losing for timeout is a waste that can cost the entire game.


Add to it that there is no way to know how much game you got left... I mean, it is not like Megaman X5, where you have a number of "hours" (times) to finish the levels but you know you only got 8, or Zelda Majora's Mask where despite the countdown going for the whole adventure and there being sidequests you can travel back in time to reset the countdown.

I think if you are going to go this route, you need to make the deadline clear and spell it out to the player at the beginning of the game. As in "If you don't slay the wizard in 150 days he will finish summoning the demon, and we will all die!". That way the player knows from the beginning they have 150 days to win.


If you wish to see an example of a game that tried this mechanic, look up Challenge of the Five Realms (released in 1993). You can buy a copy on gog.com if you really wish to play it and see how it handled it, but short version is it gave you 100 days to win, else the bad guy wins.

I'm using it in my current project. It's bothered me since Oblivion that the big bad/main story sits and waits to be triggered and plays out like the 40 hours of sidequesting never happened. I've introduced story progression tied to a calendar system. Think a more story intensive Harvest Moon/Stardew Valley or Ephemeral Fantasia with multiple story "paths" for not engaging in certain points. (EF is a time loop story so you just partake in events when it resets)
You must log in or register to reply here.
Share:
Facebook Twitter Reddit Pinterest Tumblr WhatsApp Email Link