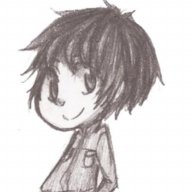 First I don't know many English words, so if sounding rude is not my intention.

I've been looking at some battle plugins, and maybe it's possible to combine some or even script, but I'm not sure. (I don't even know how much modification is possible).

What I want is when I would get the monster's atq in battle mode, open an option tab or it could be up to a menu or images being able to select, Defend, Deflect or Avoid, Strike Back. With different chances of success. And different damage received using each option if it fails or works.

This is common in tactical games like battle moom wars for example.

And it would add a lot of customization to battle mode.

I thank anyone who knows something and who doesn't know also if they want to exchange an idea, and if it is possible to create a plugin or if it is something very ambitious.
You must log in or register to reply here.
Share:
Facebook Twitter Reddit Pinterest Tumblr WhatsApp Email Link