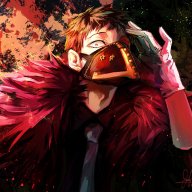 I've been deciding how I wanted to do counter-effect abilities. I'm using RPG Maker XP (fyi). So, about counter effects, I had the following ideas but I don't know what to do.

Ideas
Subtract X damage from the first hit and then counter

Reflect X damage from first hit and then counter

Subtract X% of damage from the first hit and then counter

Reflect X% of damage from the first hit and then counter

Important info
The reason it is first hit and not every hit is because I created a form of multi-hitting and decided multi-hits would be somewhat of a counter. After I decide that, next question is does the person using it take damage as normal or do they reflect in that they don't feel the amount they reflected.

I'm additionally looking for other counters to Counter effect abilities without the easy "just land a debuff that stops them from countering." Right now, it's multi-hits as a pseudo-counter and immobilizing status effects. Stun was too strong of a debuff so sleep is the only immobilizing status.

Other maybe important info
The game is going to be made to support a solo party up to a party of three. Naturally, counter effects are great when you're the only one they can attack as opposed to fighting with a full party.

Game Mechanics Design is not for feedback on individual, specific projects, but meant to be more conceptual. While people can use their own game as an example, that is meant to provide a jumping off point for a more general discussion. However, your post seems to be exclusively about your game.

I am, therefore, moving this to Game Ideas and Prototypes.